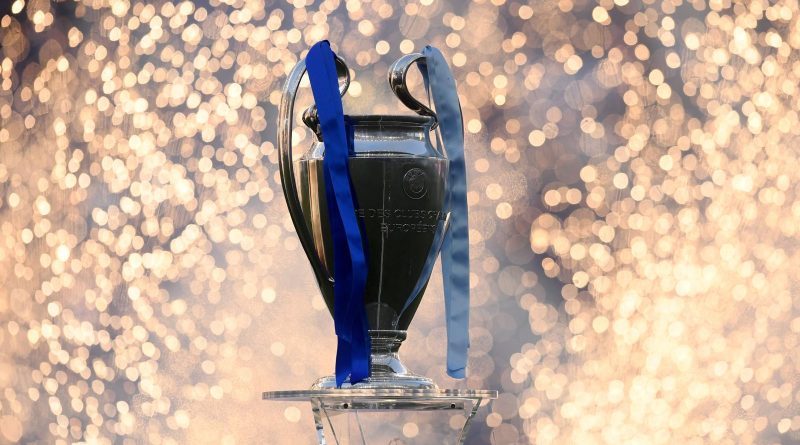 
Man City, Liverpool, Chelsea and Man Utd will find out who they face in the Champions League knockout rounds in Monday’s draw – but who could they face?

Pep Guardiola’s City sealed their spot in the last 16 with a game to spare, meaning their 2-1 defeat to RB Leipzig in their final group game mattered little, although current Champions League holders Chelsea had to settle for second spot in Group H after drawing 3-3 with Zenit in their last group fixture.

Jurgen Klopp’s Liverpool side – who had already grabbed top spot in Group B with two games to spare – became the first English side to win all six Champions League group stage games, beating AC Milan 2-1 in their final match and posted a reminder of their own threat in this competition.

PSG finished second to City in Group A, and with Manchester United confirmed as Group F winners, there is an outside chance of Mauricio Pochettino drawing the club he has been heavily linked with, as Old Trafford awaits its next permanent manager.

So, with a Premier League full house in the last 16, who else has qualified and when is the draw for the first knockout round of this season’s Champions League?

Who has qualified for the last 16?

The Champions League last-16 draw takes place in Nyon, Switzerland on Monday December 13. It’s due to start at 11am GMT.

How does the draw work?

No team can play a club from their group or any side from their own country.

The group winners will play the first leg of their last-16 tie away from home.

The last-16 ties will be split across different weeks, with the first legs taking place on February 15-16 and February 22-23.

What are the other key dates?