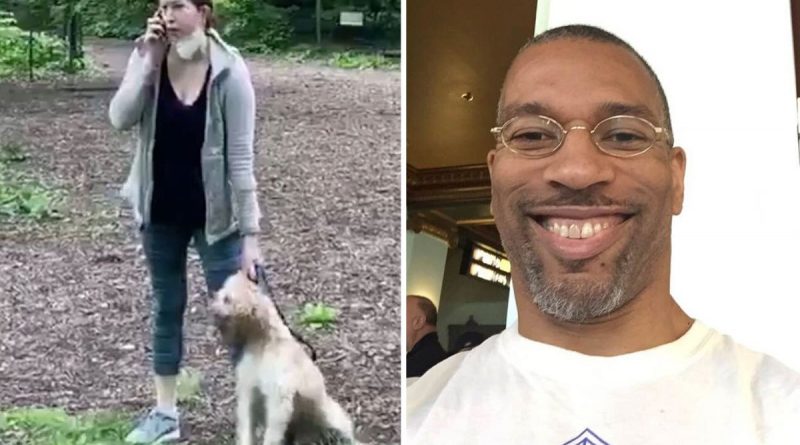 
A WOMAN dubbed “Central Park Karen” in 2020 is now claiming she felt “threatened” by the man who recorded her in a video that went viral, and that the attention has caused her to leave the United States.

In an interview with Bari Weiss’s Honestly podcast, Amy Cooper told podcaster Kmele Foster that she called the police on a Black bird watcher, Christian Cooper, after he approached her in Central Park in New York City and confronted her over walking her dog off-leash.

Amy called the police and Christian filmed the incident that went viral because people believed her reaction to seeing Christian in the park and saying she was going to tell law enforcement “’there’s an African-American man threatening my life” was a racist response.

She said on the podcast that she has had to flee the United States after the incident due to the attention of the viral video, Daily Mail reported, and that she has since considered suicide.

The recording doesn’t show Christian making the statement, but does show Amy saying Christian was “threatening” her and her dog.

“’I’m trying to figure out what that means? Is that a physical attack on me? An attack on my dog?” Amy said of the alleged statement in the podcast interview.

She also alleged that Christian was “holding these dog treats in one hand and a bike helmet in his other hand and I’m thinking, ‘Oh my god, is this guy going to lure my dog over and try to hit him with his bike helmet?’”

“And if I end up over there am I going to get hit by this bike helmet?”

Amy is shown in the video recording repeatedly saying he’s “an African American man” and asks for cops to be sent “immediately.”

“’I don’t know that as a woman alone in a park that I had another option,” she claimed on the podcast.

The video came out at a time when there seemed to be several viral instances of White women in the US reporting Black individuals for unfounded crimes, which many argued needlessly endangered those individuals.

After the video made the rounds on social media, Amy was charged with one count of falsifying an incident report, a Class A misdemeanor.

Ultimately, Manhattan prosecutors dropped the charges against Amy, claiming therapy had helped her.

But she was also fired from her job at investment firm Franklin Templeton, which claimed it performed an investigation after the viral video came out and determined she was racist.

She has filed a complaint against the firm, seeking unspecified damages for race and gender discrimination, defamation, and intentional infliction of emotional distress and negligence.

Amy’s lawsuit claims there wasn’t a “legitimate” investigation and a tweet the company sent out about the incident “caused her such severe emotional distress that she was suicidal.”

The podcast hosts said Amy did not disclose her current whereabouts.

If you or someone you know is affected by any of the issues raised in this story, call the National Suicide Prevention Lifeline at 800-273-TALK (8255) or text Crisis Text Line at 741741.