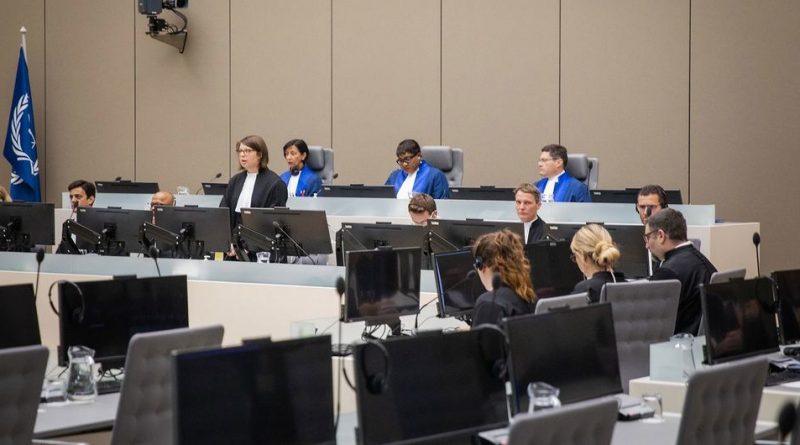 “The victims all hope that the trial which opens today before you constitutes a guarantee that never again such crimes will be committed.” – Sarah Pellet, Legal Representative of Victims, at the opening of the trial in the #Said case pic.twitter.com/RbXTgu4vUS

Mahamat Said Abdel Kani – a top-ranking leader of the mostly-Muslim Séléka militia – pleaded not guilty to all charges, which relate to atrocities carried out in 2013, in the Central African Republic capital, Bangui.

Much of the violence stemmed for clashes between Séléka and the mostly-Christian Anti-balaka faction.

Before the crimes were committed, from late 2012 to early 2013, Sélékamilitia advanced towards the capital, attacking police stations, occupying military bases, capturing towns and regional capitals, and targeting suspected supporters of President François Bozizé.

They seized Bangui in March 2013 and with forces numbering up to 20,000, looted homes while searching for sympathisers of Mr. Bozize, shot those fleeing in the back or killed others in their homes.

“Women and girls were raped and gang-raped in front of their children or parents; some died as a result of their injuries,” the arrest warrant for Mr. Said stated.

“Part of the civilian population was targeted through multiple acts of murder, imprisonment, torture, rape, persecution on political, ethnic and religious grounds, and pillaging of houses belonging to non-Muslims and others perceived to be complicit with or supportive of the Bozizé government,” the warrant continued.

He saw “oversaw the day-to-day operations” of an infamous detention centre where men were taken after being arrested by Séléka members.

“Prisoners were held in small, dark, crowded cells with only a bucket as a toilet and little or no food, causing detainees to drink their own urine,” the ICC statement read.

Detainees were whipped with strips of rubber, beaten with rifle butts and told: “We’re going to kill you one by one”.

It was common for prisoners to spend several hours in a specific stress position so painful that some “would ask to be killed”. The position, known as “arbatacha”, involved tying a detainee’s hands and legs are tied behind their back, with their legs touching their elbows.

Mr. Said allegedly referred to the technique as “the most effective to obtain confessions”, the ICC warrant explained, while also noting that he was responsible for deciding which prisoners should be transferred to an underground cell located under his office.

At another detention centre known as CEDAD, where conditions were described as “inhumane”, the court maintained that Mr. Said was the “operations commander” and “kept a list of persons to be arrested” or ordered their arrest.