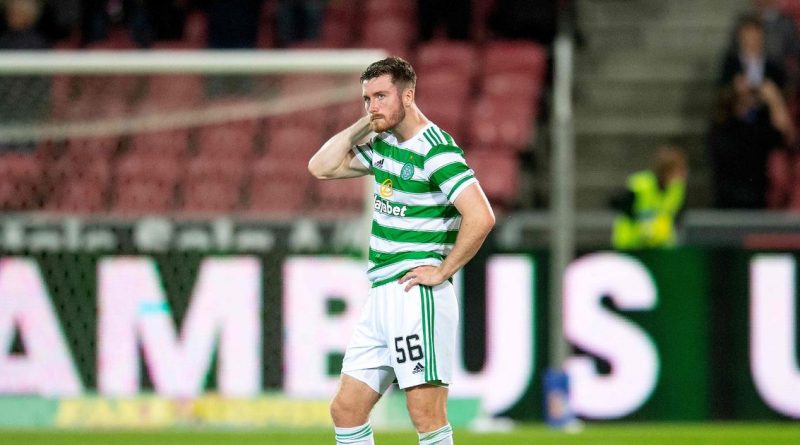 Celtic’s slow start to their summer transition came back to bite them as they were knocked out of the Champions League qualifiers by Midtjylland.

Ange Postecoglou saw his side give up a lead again as they slumped to a 2-1 defeat after extra-time in Denmark to lose 3-2 on aggregate and miss out on the group stages for a fourth consecutive year.

Callum McGregor gave Celtic the lead with a stunning strike in the 48th minute but Awer Mabil levelled on the hour mark just after James Forrest had missed a sitter.

Celtic had the better of the majority of the 90 minutes but ran out of steam and offered little response to Raphael Nwadike’s strike early in extra-time.

While Midtjylland march on to face PSV Eindhoven, Celtic will travel to the Czech Republic to take on Jablonec in the Europa League third qualifying round next Thursday.

Postecoglou, who was appointed on June 10, three and a half months after Neil Lennon left, expressed frustration over the club’s “hesitation” in the transfer market ahead of the first leg and admitted his side would never be as badly prepared for a big match again.

Although Celtic have made five summer signings, two of them are still in quarantine and only 19-year-old Israeli winger Liel Abada featured in Denmark with former Sheffield Wednesday pair Liam Shaw and Osaze Urhoghide left on the bench.

The dearth of options at the back highlighted the challenges facing Postecoglou. With Kristoffer Ajer recently departed, replacement Carl Starfelt in quarantine, Christopher Jullien still working back from a serious knee injury and Nir Bitton suspended following his needless first-leg red card, Celtic had to rely on youth.

Greg Taylor, at 23, was by far the most experienced of the back four but the left-back lost his marker for the hosts’ equaliser.

Celtic threatened twice early on when David Turnbull’s 25-yard strike was tipped over before Odsonne Edouard volleyed a couple of yards over the bar from the midfielder’s corner.

Edouard almost had another chance later in the half after great footwork and a neat through ball from Ryan Christie but the home goalkeeper was out quickly to snuff out the danger.

Celtic generally controlled possession in the first half with the Danes only threatening from a couple of set-pieces.

The visitors were on the front foot at the start of the second half and the pressure paid off through McGregor’s moment of magic. Turnbull’s corner was half-cleared and the skipper chested the ball down and volleyed into the top corner from 25 yards.

Bain fumbled a low cross without being punished before Forrest shot wide from 14 yards after being set up by Turnbull’s flick.

Postecoglou barely had time to get his head out of his hands before the hosts equalised. Mabil ran across Taylor and guided a free header past Bain from 10 yards.

Forrest had only replaced the quiet Abada a minute before missing his chance and the winger looked to have another opportunity with seven minutes left after Christie’s brilliant first-time pass. But Brazilian defender Paulinho recovered ground to make a superb block.

The Danes finished the 90 minutes strongly and had a glorious chance to win it in stoppage-time when 18-year-old forward Victor Lind got in between the Celtic centre-backs but volleyed wide in space from 12 yards.

Midtjylland were ahead four minutes into extra-time. Turnbull got caught out with a ball over his head following a blocked free-kick and Nwadike had time to control Mads Hansen’s square ball before finishing high into the net from six yards.

Bain made good saves from Hansen and Lind to keep the score down.