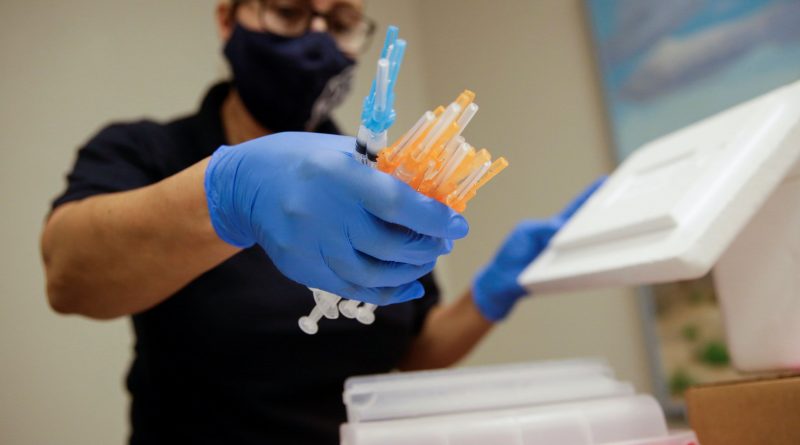 The agency’s Advisory Committee on Immunization Practices meeting recommended the Moderna booster for elderly people and at-risk adults six months after they complete their primary series of shots, bringing it in line with the distribution plan for Pfizer and BioNTech’s booster. It also endorsed J&J boosters for everyone 18 and older who received the initial shot at least two months ago.

More than 39 million Moderna recipients and nearly 13 million J&J recipients may be eligible for a booster dose as early as Friday, according to a slide presented by the CDC during the meeting.

Booster shots have been a contentious topic for scientists — in and outside the government — especially as many people in the U.S. and other parts of the world have yet to receive even one dose of a vaccine. The World Health Organization has pleaded with wealthy countries to hold off on distributing boosters, and some scientists say they aren’t convinced most Americans need them right now.

Before the vote, some members said they were concerned about the lack of data on boosters, while others asked the agency if they could simplify the messaging on who is eligible to get the extra doses.

“These recommendations are in some ways asking the individual to decide on their underlying risk and medical condition, because the reality is they’re not consulting with their physicians in all cases; they’re just going out and getting booster doses,” said member Dr. Jason Goldman.

“And I worry that if it’s too prescriptive or if it’s too wordy, we are either going to miss the ability to give people boosters who really should be getting it, or people are just doing it anyway and not necessarily having the support of the language to do it,” he added.

The Biden administration hopes giving the U.S. population additional doses will ensure long-term and durable protection against severe disease, hospitalization and death as the fast-moving delta variant continues to spread and change. A newly-discovered mutation of delta is being investigated in the U.K. amid worries that it could make the virus even more transmissible and undermine Covid-19 vaccines further.

Walensky addressed the committee before the vote Thursday, thanking them for their work and noting that the data around the virus and vaccines is constantly evolving.

Moderna recipients can get a booster at half the dosage of the original two shots.

The effectiveness of the two-dose vaccine against infection wanes over time, according to data the CDC posted before the committee’s meeting. Some studies show small declines in protection against hospitalization too, mainly for those over the age of 65, the data showed.

The CDC said the data has shortcomings, noting that some recipients may have been engaging in riskier activities after getting vaccinated.

The rate of the rare heart conditions within seven days of vaccination was 10 cases per million doses, Shimabukuro said, citing a study of U.S. military members. It often occurred in young men and usually after the second dose, he said. Most patients reported feeling fully recovered within six weeks.

The surveillance is “ongoing,” he said.

Dr. Macaya Douoguih, head of clinical development and medical affairs for J&J’s vaccines division Janssen, said there is no data to suggest people are at increased risk of a rare, but serious, blood clot condition after receiving a second dose. She presented data from the U.K. on second doses of AstraZeneca’s vaccine, which uses a similar platform to J&J’s.

However, one expert on the committee noted that U.K. authorities began to curb the use of AstraZeneca’s vaccine in young women earlier this year because of the risk of rare blood clots, meaning it may be difficult to determine the impact of a second J&J dose based on that data.