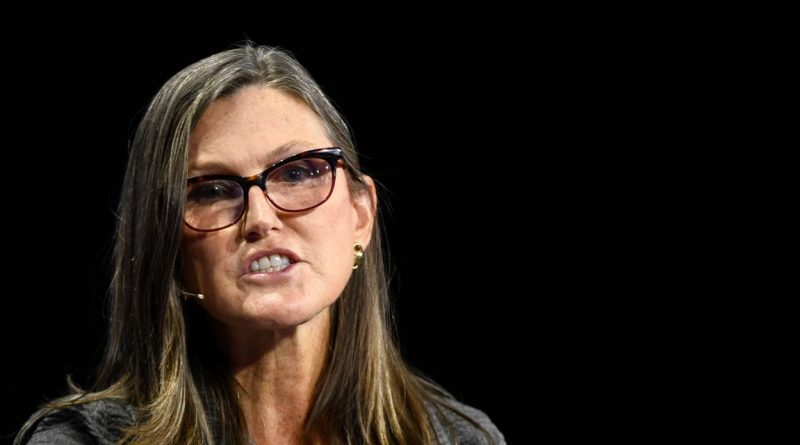 
Cathie Wood, the star fund manager and chief executive of ARK Invest, in a Tuesday monthly market update said that the used car market is where she is expecting possible losses after a surge in values.

She said that she wouldn’t be surprised to see “a bloodbath in the used car market,” with valuations tumbling in the coming year into 2023 as prices that have surged because of supply-chain bottlenecks and a pop in demand recede.

“We would submit that they might be looking at losses,” Wood said, referring to car companies that managed to outperform electric-vehicle manufacturers such as Tesla Inc.
TSLA,
,
which is considered the vanguard of the EV wave, last year.

The comments that Wood made on Tuesday are similar to those that she expressed via a video released by the company earlier this week, where she cited rising inventories of used cars, among other things, as evidence that values will tumble in the coming year and hurt sales of new vehicles as well for traditional car makers like General Motors GM and Ford F.

The monthly update from Wood and her team at ARK Invest come amid a brutal stretch that has compelled the operators of the ARK Invest ETFs, including the flagship Ark Innovation
ARKK,

fund, to do some soul-searching, the fund manager is sticking to her game plan.

ARK’s seven ETFs returned an average of 141% in 2020, on the back of gains from companies such as Tesla, and Teladoc Health Inc. TDOC, making Wood the toast of Wall Street, but she has had a tougher time in recent months.

Still, on the monthly seminar, Wood said that one problem is that investors and analysts are being shortsighted and not thinking at least five years into the future.

“They are not looking five years out…there’s a lot of muscle memory dictating what’s going on,” she said of the flight out of some her popular disruptive innovation themes.

Company insiders at the innovation fund’s holdings sold $13.5 billion worth of stock in the six months to December while buying just $11 million, the Financial Times reported, citing data from brokerage StoneX.