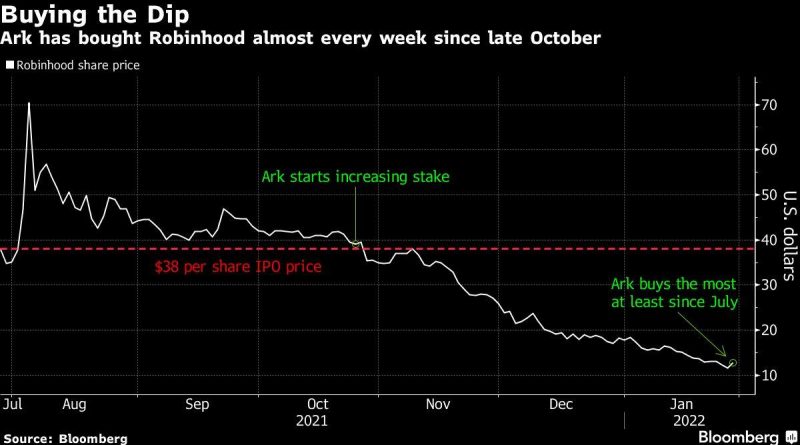 Wood’s firm ARK Investment Management bought nearly 2.44 million Robinhood shares on Friday, the most since its stock market debut in July, according to trading data from Ark compiled by Bloomberg. The buying came on a day when the firm’s stock at one point dropped below $10, before staging a rebound in line with the broader U.S. market.

Ark, which is already one of the firm’s top shareholders, has bought its shares almost every week since late October, when the stock dropped below its IPO price of $38, according to data compiled by Bloomberg.

Wood and her firm frequently say that their investment horizon is at least five years, and acknowledge that the disruptive companies they target are often volatile. Ark’s daily trading updates show only active decisions by the management team and do not include creation or redemption activity caused by investor flows.