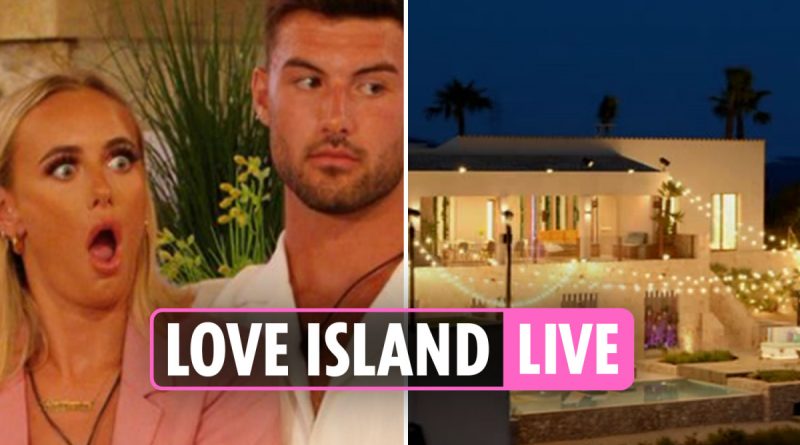 Also last week, Teddy was caught answering the same question in the exact same way on THREE different dates on his first night in the villa.

The 26-year-old senior financial consultant didn’t lose any enthusiasm when Sharon, Rachel, and Kaz all asked him the same thing when they first met.

Each of the ladies enquired if his name was short for anything, revealing that they’d been wondering ever since they heard it.

Every single time, Teddy cheerfully replied: “No, but it should be! It should be short for Theodore or Edward.”

Teddy speed-dated four women before officially entering the Love Island abode, and Faye was the only one to not ask him about his name.

She instead said: “I was going to ask you but I thought everyone else would so it would be a boring question.”

It isn’t clear if it is related, but interestingly enough it was Faye who he decided to couple up with when it was time.

Iain Stirling quipped at the time: “I’m not saying that was the clincher, but Teddy was ready to make his decision when it came to re-coupling.”