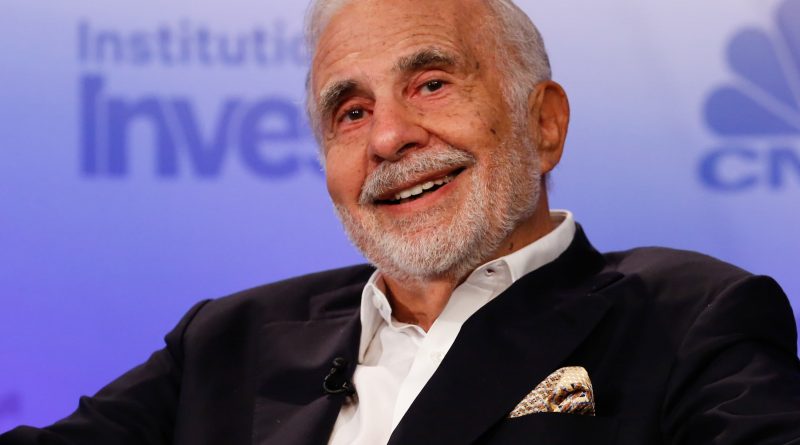 Activist Commentary: Carl Icahn is the grandfather of shareholder activism and a true pioneer of the strategy. He is very passionate about shareholder rights and good corporate governance, and he will go to extreme lengths to fight incompetent boards and overcompensated managers. In this situation, he is once again doing something that has never been done before in activism – a hostile takeover of a utility company. In activism it is a very powerful weapon to be able to offer to acquire the company if they do not take your suggestions to create shareholder value, and Carl Icahn is one of the only activists with that tool.

On Oct. 14, 2021, Icahn announced his intention to launch a proxy contest to replace Southwest Gas Holdings’ (SWX) entire board and to commence a tender offer for all common shares at $75 per share in cash.

Icahn’s initial overtures were made in response to the announcement of the company’s proposed acquisition of Questar Pipeline Company. Icahn came out in opposition to this deal for several reasons, including because he believes the company is massively overpaying and this transaction would result in a dramatic equity dilution for shareholders. Icahn details that the company would have to issue stock at 1x rate base to buy assets at 2x rate base, and that there are admittedly minimal synergies here, if any.

Right off the bat, Icahn would like to see the company drop this deal and focus on several value creating opportunities. Icahn believes that the company’s service division is worth $36 per share and the regulated utility business as it stands today is worth $53 per share, but the company’s stock trades at $67.55. So, he would like to see the true value of these assets reflected in the stock price. He does not outwardly urge management to monetize the service business to attain its true value, but it is something that management has considered and based on Icahn’s history and investing philosophy, he would not be against it at the right price.

The second opportunity is for the company to improve its margins in the regulated utility business, which Icahn believes can add $15 per share. When a utility company such as SWX takes on a new project, the regulators analyze the company’s proposed costs for the project and allow them an ROE based on those costs. SWX’s allowed ROE is 9.35% but their actual ROE is only 7.1% versus an average of 9.2% for its peers. This is because SWX management reportedly pads the proposed costs to its utility projects with egregious personal expenses such as golf memberships, massages, manicures and extravagant dinners, according to the Las Vegas Review-Journal. On more than one occasion, the regulators did not accept these as legitimate project expenses, thus reducing the company’s ROE to 7.1%. Fixing this margin issue can be done with good old-fashioned activism that Icahn knows better than anyone – reconstituting the board and replacing the management team with individuals the new board will hold accountable. It is no coincidence that since 2015, when John Hester became CEO, the company’s G&A has gone up by 42%.

The third opportunity to create value is to increase the rate base by adding certain of the company’s projects to it that regulators have not allowed. This can be done by bringing in a management team that would repair relationships with the regulators, which Icahn believes could add another $8 per share to the value of the company.

To accomplish his agenda, Icahn announced his intention to launch a proxy fight to replace the entire board and to commence a tender offer for all common shares at $75 per share in cash. This is old school, creative activism that nobody does better than Icahn. His strategy creates quite the quandary for management. As part of their acquisition financing of Questar, they are proposing raising $1 billion by selling common stock at approximately $65 per share, the current market price. It can no longer be consistent with their fiduciary duty to sell stock at $65 per share when they know there is someone who will pay $75 per share for it. However, they will not sell it to Icahn because it would give him too much influence and make it much easier for him to win his proxy fight. Their implementation of a poison pill (or as Icahn calls it – “the board and management job protection plan”) in response to Icahn’s letters clearly tells you that. Furthermore, the board will eventually have to recommend for or against Icahn’s tender offer and it is hard for them to say $75 is not a fair price when the company is a seller at $65.

So how will this play out? Icahn will continue with his tender offer and proxy fight but will be unable to consummate the tender offer as it is conditioned on the company waiving the poison pill, which they will never do. This leaves Icahn with his proxy fight. He will have a very good idea of his chances of success depending on how many shareholders tender shares to him. In defense of Icahn, the board is relying on two things (i) Icahn’s slate will not get the required approval of the state regulators in California, Arizona and Nevada, and (ii) by the time the regulators act, Icahn will have walked away. In the first case, there is a very slim chance Icahn’s slate does not get approved. First, these are the same regulators that have been dealing with the company’s expense padding this entire time and would likely welcome a new board that will be more sympathetic to the rates its customers are paying. Second, Icahn has owned several casinos in the past and has had no problem navigating the more scrutinizing gaming regulatory process. And third, Icahn will do whatever it takes to win, and we expect to see a very experienced and impressive slate of directors that will include two or three Icahn representatives at most along with experienced executives with the relevant skillsets to guide management. In the second case, Icahn has shown in his history that he is the most tenacious and committed activist out there. After an unsuccessful proxy fight at Forest Labs, he fought two more proxy fights in the following two years before he got the level of board representation he wanted and ended up making a 188.8% return on that investment versus a 55.2% return for the S&P500 over the same period. There is no chance that he walks away here. So, to put it another way, the company has two chances of avoiding a proxy fight here – slim and none. However, it is possible that the proxy fight does not happen by the next annual meeting because the regulatory approvals have not been received yet. In that case, Icahn will ask stockholders at the annual meeting to approve a proposal to call a special meeting of stockholders following the approval by regulators to vote on the election of the Icahn slate of directors.

There is one other potential outcome here. When an activist gets involved with a company, it often puts the company in pseudo-play. When that activist makes a tender offer for the company, the company is totally in play. So, there is a chance that someone else comes in and makes a higher offer to buy the entire company. It is very likely that the company has been approached several times in the past, maybe by a better managed utility, but they have never let anyone in the door, which is not unusual for entrenched boards – seven of the nine “independent” directors have served on the board for an average of 13 years (going on 14), and the chairman has served as a director for almost 20 years. The possibility of a third-party sale increases as Icahn gets more shares tendered and the board sees the writing on the wall. If they think they are going to be out of a job one way or the other, they might as well go out selling to the highest bidder.

Ken Squire is the founder and president of 13D Monitor, an institutional research service on shareholder activism, and the founder and portfolio manager of the 13D Activist Fund, a mutual fund that invests in a portfolio of activist 13D investments.