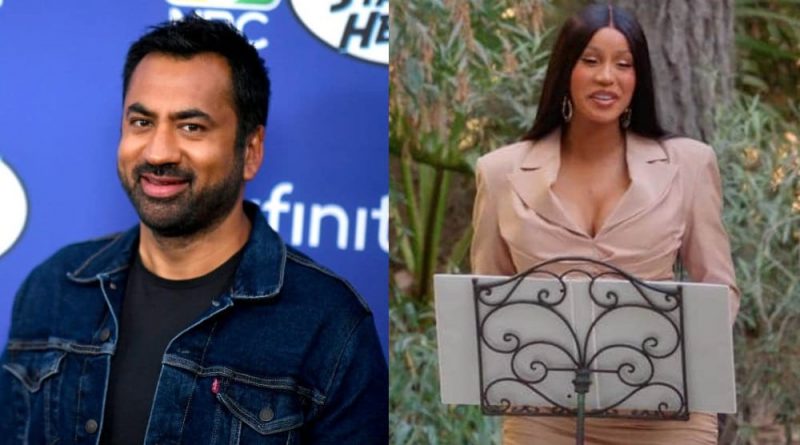 In a crossover event we never saw coming, the legally ordained Cardi B has agreed to officiate Kal Penn’s upcoming wedding.

The Harold & Kumar star came out as gay on Sunday (31 October), revealing that he is happily engaged to his partner of 11 years.

He was on a plane to Los Angeles this week when he spotted the one and only Cardi B, and the image of the “WAP” singer made it into his dreams.

“Cardi B was on my flight to LA,” Kal Penn tweeted on Wednesday morning. “I fell asleep and had a dream that she officiated our wedding on the plane and the three of us walked out of LAX holding hands.”

Cardi B saw his tweet and was only too happy to make his dream come true. “First, why didn’t you say hi! Second, I’m licensed to do that sooo…. let me know,” she replied.

First, why didn’t you say hi! Second, I’m licensed to do that sooo……..let me know. https://t.co/NTGvVdacFY

Cardi B isn’t lying – she became a licensed marriage officiant earlier this year for her digital series Cardi Tries __, which sees the star take on different challenges each week.

For an episode coinciding with National Coming Out Day she presided over a beautiful same-sex wedding with help from That’s So Raven actor Raven-Symoné, surprising one of the happy brides-to-be at the altar.

“By the way WORLD I’m licensed to marry people,” she tweeted after the episode aired. “I do it all and this was such a fulfilling thing to do and Raven was soo fun, I was sooo starstruck.”

Cardi B’s offer to officiate was one Kal Penn could not refuse, and he quickly tweeted back to check she was serious.

“You’re the best. Was gonna say hi but didn’t want to be disrespectful (your do not disturb light was on),” he said, “but holy s**t let’s do it! We’re down if you’re down!”

“I’m down I’ll get my suit,” the rapper replied. Game on.

I’m down I’ll get my suit https://t.co/MUpALOsLVQ