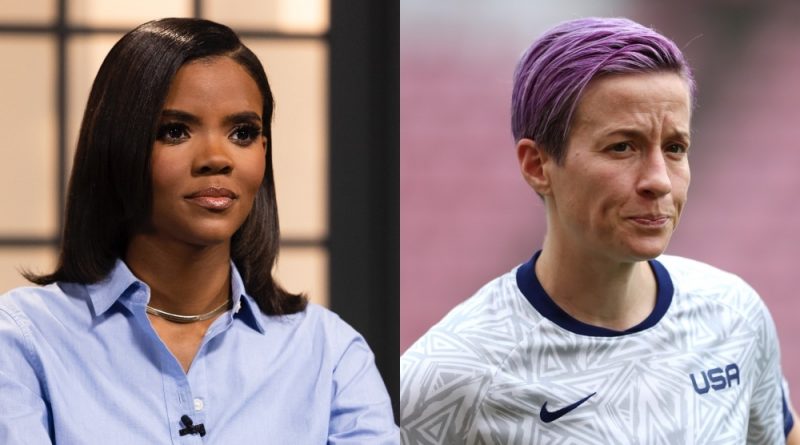 Candace Owens, a right-wing pundit who is allegedly relevant, joined other MAGA trolls in tearing down Megan Rapinoe – and it seriously backfired.

After the American football team lost to Canada 1-0 in the Tokyo Olympic Games on Monday (2 August), the US women’s national soccer team tweeted that its loss in the semi-finals was “heartbreaking”.

As much as the team still has a chance at scoring a bronze medal in the third-place playoff on Thursday, Owens vented her frustration by calling Rapinoe an “anti-American piece of trash”.

Taking aim at the team captain, the author and Donald Trump sycophant declared that Rapinoe “does not represent our country, anywhere, ever” on Twitter.

“Any person who disrespects the flag that sons and daughter are sent home beneath while fighting for our freedom overseas deserves to lose. Repeatedly.”

Not heartbreaking at all. @mPinoe is an anti-American piece of trash who does not represent our country, anywhere, ever.
Any person who disrespects the the flag that sons and daughters are sent home beneath while fighting for our freedoms overseas, deserves to lose.
Repeatedly. https://t.co/uSIrSLdnzt

Candace Owens made the potshot in reference to Rapinoe having previously dropped to one knee before games as the national anthem played in solidarity with racial justice movements.

Yet, the national anthem isn’t even played before Olympic sporting events – so Rapinoe and the rest of the team didn’t even take the knee during the semifinal.

“They’re still the champions at kneeling though,” tweeted Shapiro, “which is the important thing.”

They’re still the champions at kneeling though, which is the important thing pic.twitter.com/80qGBci66p

“The US women’s soccer team went WOKE and now they lost to Canada,” said Gabriel. “That’s what happens when you put political propaganda before sport and hard work.”

The US Women’s Soccer Team went WOKE and now they lost to Canada.

That’s what happens when you put political propaganda before sport and hard work.

We’re not sure whether right-wingers cheering that the US lost is exactly patriotic, to be honest – and countless Twitter users agreed as they slated the Trump trio.

“You do know there are no anthems played at the beginning of games at the Olympics right?” one user with actual common sense tweeted.

“The kneeling has nothing to do with your flag or anyone else. The whole Canadian team knelt too. What are you on about?”

“Combat vet here,” another added, “I don’t agree with the message nor the points said message is based on, but that’s how freedom of speech do [Candace Owens].

A third user tweeted: “Candace lectures other people for not being patriotic and hating the country, while also actively, vehemently rooting against the country herself.