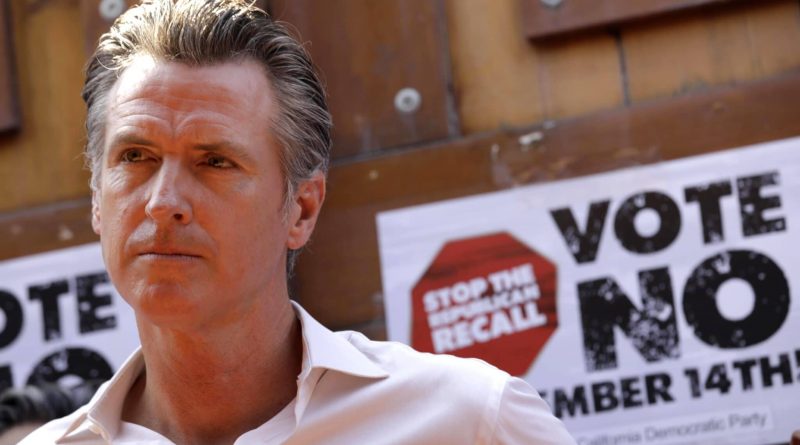 With the California recall election fast approaching, LGBT+ advocates fear that years of hard-won rights and protections could be under threat.

Speaking with political pundit Brian Tyler Cohen on Monday, governor Gavin Newsom acknowledged that his potential defeat would have “tectonic implications” for the state.

Among the most vulnerable are the LGBT+ community, who already faced attacks during the Trump administration; further attacks from a Republican governor could be devastating.

“Recalling Gavin Newsom – the most pro-equality governor in California history – would be disastrous for the LGBTQ+ community,” Rick Zbur, executive director of Equality California, told the Los Angeles Blade.

“Everything we’ve fought for – LGBTQ+ equality, reproductive freedom, gun safety reform, environmental protections and racial justice – are all on the line. There’s too much at stake for our LGBTQ+ community and the diverse communities to which we belong to sit on the sidelines.”

As governor, Newsom signed into law numerous pieces of legislation strengthening LGBT+ protections, such as prohibiting insurance discrimination against HIV-positive people and allowing trans inmates to be housed in prison facilities that correspond with their gender identity.

Forty-six candidates are on the ballot to replace him, including the deeply unpopular reality TV star Caitlyn Jenner, whose regressive Republican views have distanced her further than ever from the LGBT+ community she once claimed to represent.

Far more concerning is the front runner Larry Elder, a Republican candidate whom Newsom claims leans even further to the right than Donald Trump.

Elder has long history of anti-LGBT+ remarks, and has repeatedly used male pronouns when referring to trans women, including Jenner herself. According to state senator Scott Wiener, the prospect of a Republican governor like him represents “an existential threat to California”.

“As a gay man, it is terrifying to imagine someone like Larry Elder becoming governor,” he said. “He’s said many hateful things about LGTBQ people and will move us backwards on LGBTQ rights.”

If Elder’s candidacy wasn’t worrying enough, the fact that the recall election is endorsed by the likes of Newt Gingrich, Rudy Giuliani and Mike Huckabee should raise even more red flags.

LGBT+ Californians may represent as many as 12 per cent of registered California voters, but now is not the time to get complacent, Zbur warned.

“Let’s just say that when Mike Huckabee is supporting a campaign, you can safely assume it’s not going to help the LGBTQ+ community,” he said.

“They want to roll back the progress California has made under Governor Newsom’s leadership – on LGBTQ+ civil rights, gun safety reforms, criminal justice reform, the environment and healthcare.

“They want to take California backwards, while we and Governor Newsom are focused on moving forward on beating this pandemic and building a brighter future for everyone.”