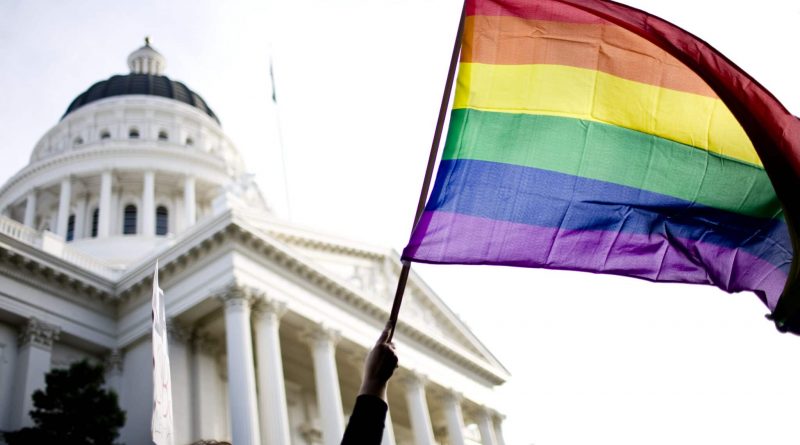 A Pride flag on the steps of the California State Capitol in Sacramento, California (Max Whittaker/Getty)

If passed into law, AB 1094 would kickstart a three-year pilot program run by the California Department of Public Health to better track the LGBT+ status of victims of fatal violence.

Known as the Sexual Orientation and Gender Identity Data Collection Pilot Project, the program will teach coroners and medical examiners how to identify and compile information about a victim’s sexual orientation and gender identity in cases of violent death, including suicides and homicides.

“I believe AB 1094 is an important and humane step in ultimately preventing these deaths,” said Democrat assemblymember Dr Joaquin Arambula, who introduced the bill.

“Data may sound like a scientific subject, but, at its core, it leads us to better help and serve all our communities with compassion and empathy. We must have better data to understand the scope of what’s happening in our LGTBQ community – especially among the youth – when it comes to violent deaths, including homicide and suicide.

“This information will be a crucial guidepost to prevention efforts and saving lives.”

LGB youth seriously contemplate suicide at almost three times the rate of heterosexual youth and are five times as likely to make an attempt, though the exact number who die by suicide or other violent deaths is unknown.

AB 1094 is strongly supported by LGBT+ suicide prevention charity The Trevor Project, which stressed that obtaining the data could help advocates develop new solutions for fighting homophobic and transphobic attacks.

“Particular members of our LGBTQ community, such as transgender women and queer young people of colour, face disproportionate rates of violence and suicide.

“Better data around the occurrence of these preventable deaths can help us create life-saving programs to protect our most marginalised community members.”

The legislation now heads back to the Assembly for concurrence and is expected to be signed into law when it reaches governor Gavin Newsom’s desk.