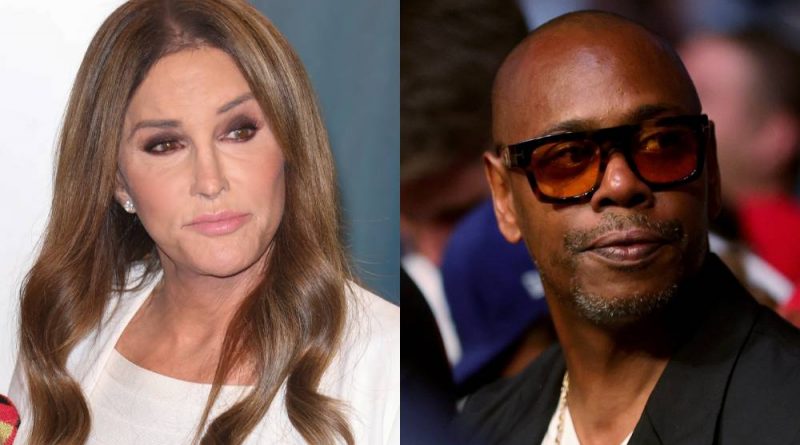 Caitlyn Jenner says “woke cancel culture” is behind the backlash against Dave Chappelle and Netflix over his special The Closer. (Toni Anne Barson/WireImage/Getty/Stacy Revere)

Caitlyn Jenner claimed Dave Chappelle is a victim of “woke cancel culture run amok” and has thrown her support behind the comedian amid backlash to anti-trans jokes in his Netflix special.

Chappelle and Netflix have faced criticism for controversial comments he made in his special The Closer, which was released earlier this month. The comedian made explicit jokes about trans women’s genitalia, defended DaBaby and JK Rowling and declared himself as “Team TERF” in the special.

Chappelle addressed the backlash during a recent performance and posted clips from the show on Instagram, saying he was willing to meet with the trans community, but he won’t be “bending to anybody’s demands”.

Jenner reposted the clip to Twitter, adding that Chappelle is “100 per cent right”. The failed California gubernatorial candidate declared the controversy isn’t about the “LGBTQ movement” but really about “woke cancel culture run amok, trying to silence free speech”.

“We must never yield or bow to those who wish to stop us from speaking our minds,” Jenner said.

We must never yield or bow to those who wish to stop us from speaking our minds. pic.twitter.com/Nklalj6h5Y

In his Instagram video, Dave Chappelle alleged the controversy resulted in him losing opportunities to promote and distribute his new documentary Untitled. He claimed “not a film company, not a movie studio, not a film festival, nobody” will touch his new movie.

Chappelle also thanked Netflix co-CEO Ted Sarandos for his support, saying he was the “only one that didn’t cancel me yet”.

Sarandos has also faced harsh backlash from the LGBT+ community and Netflix’s trans employees after he claimed that on-screen content doesn’t “translate to real-world harm”.

He’s retracted his statement and admitted that “storytelling has a real impact on the real world”. But he’s refused to pull Chappelle’s special from Netflix and denied that the comedian’s anti-trans comments amounted to hate speech.

Netflix employees and supporters of the trans community protested outside the platform’s headquarters last week over the handling of Chappelle’s special. The protestors carried signs reading “Trans Lives Matter” and “Transphobia is Not a Joke”.

Caitlyn Jenner has also faced backlash from the LGBT+ community in recent months.

During her gubernatorial campaign, she said she backed Texas’ reviled abortion ban, vowed to fight “critical race theory” and praised notoriously anti-LGBT+ president Donald Trump for being a “disruptor”.

Queer icon and soccer star Megan Rapinoe declared the former Olympian was an “exceptional athlete”, but “you’re not an exceptional politician”. George Takei also condemned Jenner for her comments, saying she is “no friend of the LGBTQ community” but in reality “a menace”.