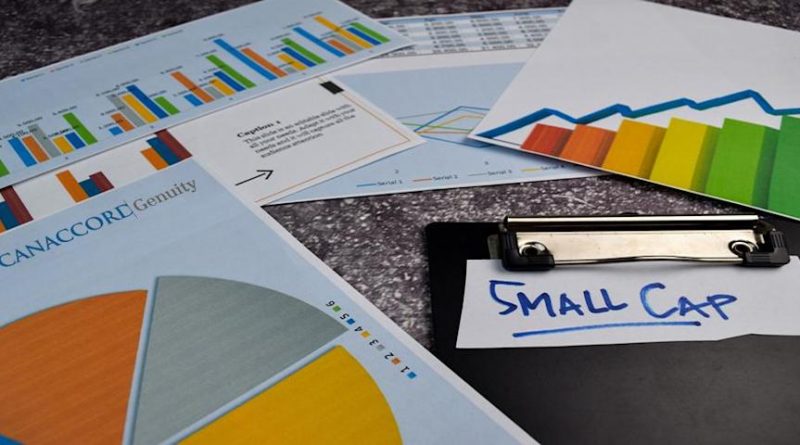 
Let’s not beat about the bush too much. At the end of the day every investor wants to see a strong return on their outlay. The stronger, the better.

The thing is, the markets are predicated on a simple equation. Go with the safer bets, i.e. the mega-caps, and you will probably make bank, although less likely to see enormous gains. On the other hand, take a chance on a smaller, less established name and the rewards could be far grander. However, there’s a catch; this is a risky play and you are far more likely to see the investment evaporate when placing a bet on the wrong horse.

This is where Wall Street’s analysts enter the frame; diving into the TipRanks database we have homed in on two small-cap stocks which not only qualify as Strong Buys according to the analyst consensus, but they are also expected to double, or more, in the year ahead. Let’s take a closer look.

Love it or hate it, the digital world will still run forward on advertising. It’s the essential ingredient that provides the bread and butter of so much digital activity. AdTheorent lives in that digital advertising space. The company, which was founded back in 2012, offers customers a digital media platform that uses machine learning to deliver custom solutions and real-world value to advertisers and marketers.

AdTheorent’s platform uses a combination of several factors to deliver its solutions to customers, including predictive targeting, geo-intelligence, digital/real world cross environmental mapping, and in-house creative content. The company’s customer base populates a series of verticals, including the automotive sector, finance, pharmaceuticals, and retail. In an important detail that has pre-positioned AdTheorent for an emerging trend, the company is privacy-conscious and routinely avoids the use of cookies.

This is just one of many companies that jumped on the SPAC bandwagon last year. AdTheorent went public in December, through a merger with MCAP Acquisition Corporation. The move was approved by MCAP shareholders on December 21, and the ADTH ticker started trading on December 23. The move created a joint company with an enterprise value of $775 million; since then, the stock has slipped, and AdTheorent now shows a market cap of $468 million.

This newly public stock has caught the eye of Canaccord’s 5-star analyst Maria Ripps, who notes its aversion to cookies and describes that as “becoming increasingly important given the heightened industry focus on consumer privacy.”

Ripps goes on to say of AdTheorent, “The company serves over 300 advertiser clients spanning major advertising holding agencies, smaller independent ad agencies, and brands seeking to move their advertising capabilities in-house, with an increasing focus on independent agencies and brands, which today drive about threequarters of company revenue. With the stock down from its SPAC price, largely reflecting the broader tech sell-off, we think the current valuation creates an attractive entry point…”

It should come as no surprise, then, that Ripps stays with the bulls. He rates ADTH a Buy and his $12 price target implies ~120% upside potential from current levels. (To watch Ripps’ track record, click here)

Overall, in its short time on the public markets, ADTH stock has picked up 4 reviews from the analysts, all positive, to support its Strong Buy consensus rating. The shares are selling for $5.46 and the $12 average price target is the same as Ripps’. (See ADTH stock forecast on TipRanks)

The second stock we’ll look at is a clinical stage biopharma company researching new treatments for cancers. Ayala is pioneering a novel approach to cancer treatment that will provide specific therapies for patients with aggressive, rare diseases. The company’s treatment technology is based on gamma secretase inhibitors, as a way to disrupt the growth of tumors by activating the Notch pathway. This clinical-stage researcher is solidly in the small-cap segment, with a market cap of just $92 million.

Also about AL101, the company released pre-clinical proof of concept data showing that the drug demonstrated enhanced activity when in combination with already approved cancer therapies for ACC.

Ayala’s most advanced clinical trial is with AL102. The company recently reported that it is on track to release the initial interim data from Part A of the Phase 2/3 RINGSIDE trial. This pivotal trial is testing the drug as a treatment for desmoid tumors and the interim data is due out in the middle of this year. Part B will commence following the Part A dose selection.

The clinical studies and the novel therapeutic approach are the key points in the view of H.C. Wainwright’s Raghuram Selvaraju.

“In our view, Ayala represents an underappreciated story within the precision oncology arena, given its focus on gamma-secretase inhibition—a scientifically validated mechanism in the context of modulation of Notch pathway activation—and its deployment of two lead candidates (AL101 and AL102) across five hitherto-intractable cancer types with limited existing treatment options…. All the indications that Ayala is targeting constitute recurrent or metastatic disease; the patients being studied are considered relapsed or refractory, with track records of limited or non-existent impact achieved with existing approved drugs. Thus, we believe that Ayala is focusing on delivering differentiated impact in areas of high unmet need,” Selvaraju opined.

In line with these comments, Selvaraju rates AYLA a Buy along with an $18 price target. This figure suggests the stock will be changing hands for ~171% premium a year from now. (To watch Selvaraju’s track record, click here)

All in all, with 3 analyst reviews of the stock on file, all positive, the message is clear: AYLA is a Strong Buy. Based on the $19 average price target, shares could climb ~187% higher in the next twelve months. (See AYLA stock forecast on TipRanks)

Disclaimer: The opinions expressed in this article are solely those of the featured analysts. The content is intended to be used for informational purposes only. It is very important to do your own analysis before making any investment.