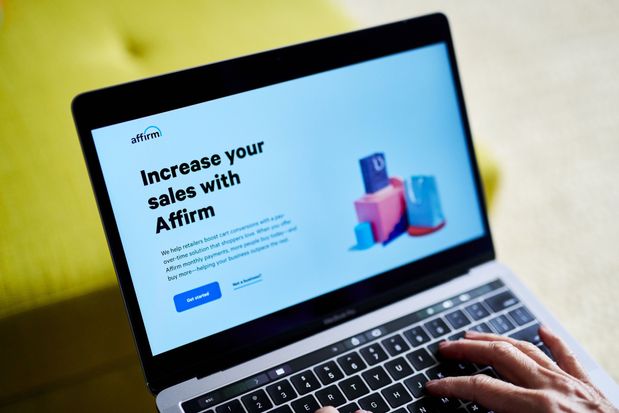 were surging Friday after the online payments company received an upgrade to Buy from analysts at DA Davidson.

Affirm (ticker: AFRM) has been battered over the last few weeks, losing 42% since the year started. The shares were gaining 14% to $58.13 on Friday after analyst Christopher Brendler upgraded the stock to Buy from Neutral with a $75 price target.

“After a brutal selloff, we see a much-improved risk/reward in shares of AFRM, especially given our bullish views into results,” Brendler wrote in a research note.

Industry data suggest that usage of buy now, pay later options more than doubled over the holiday season, as consumers became more aware of the product and merchants increased the availability of BNPL solutions, the analyst outlined.

Out of all the providers, Affirm stands out, he said. The stock is no longer a pure BNPL play as its partnerships with

(SHOP) ramp up in the second quarter, Brendler said. In addition, unlike most of its peers, Affirm provides specific line-by-line earnings guidance that sets the bar lower, meaning there’s significant upside potential to come when the company reports earnings in two weeks, he added.

Although the stock still isn’t cheap, the current risk and reward dynamic is compelling, Brendler said. Some of the biggest concerns include credit, competition, and upcoming regulation, but he believes these risks have reduced slightly and that the company’s business model is resilient enough to overcome them.

Write to Sabrina Escobar at sabrina.escobar@barrons.com