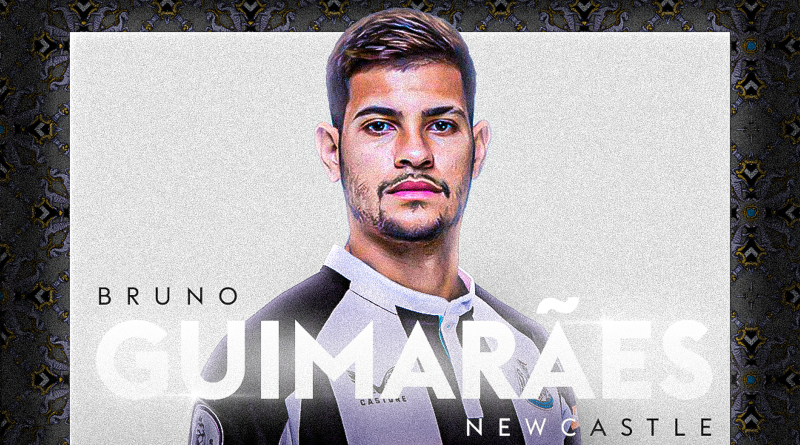 
Newcastle have signed midfielder Bruno Guimaraes from Lyon for £40m.

Guimaraes, 24, completed a medical in Brazil on Friday ahead of signing a contract until 2026.

Newcastle agreed a package of £33.3m plus around £6.5m in add-ons with French club Lyon to make the midfielder their third signing this January, following the arrivals of Kieran Trippier and Chris Wood.

The Magpies are spreading the payments over the next four years. They will pay Lyon around £3.25m if they stay up this season, with another £3.25m due if they stay up again next season.

There is no relegation release clause in the deal Newcastle have agreed with the player.

Newcastle head of recruitment Steve Nickson had travelled to Brazil to seal the signing of Guimaraes.

The midfielder will play for Brazil on Wednesday and will not be able to travel to the UK to meet his new team-mates and head coach Eddie Howe until Thursday at the earliest.

Arsenal were among a number of clubs interested in signing Guimaraes, who has also been watched closely by Manchester United and PSG.

The box-to-box brilliance of Guimaraes

Guimaraes, who has been capped three times at international level by Brazil, comes into his own when his attacking qualities are examined. Not limited to merely carrying out defensive midfield duties, he is as effective in the opposition half and attacking areas, if not more effective.

The ability to find defence-splitting passes is illustrated by his high number of completed passes and chances created, while Guimaraes’ fouls won, and touches statistics show there are few more effective carriers of the ball than the Brazilian currently playing in France.

When you combine Guimaraes’ attacking and defensive qualities it’s clear Newcastle have identified a midfielder with genuine box-to-box qualities, a rare find at the best of times, let alone during a notoriously difficult January window which could be the difference between Premier League safety and relegation.

Newcastle have agreed a fee of £13m with Brighton for defender Dan Burn.

The defender is set to travel to the North East to undergo a medical. Newcastle had a second bid of £10m plus add-ons for Burn rejected on Saturday.

The Magpies have wanted to sign a left-footed centre-back all window to partner Jamaal Lascelles.

But they have so far failed in their attempts to sign Sven Botman, Diego Carlos and Benoit Badiashile, making Burn a top target in the final days of the window.

The 29-year-old has entered the final 18 months of his Brighton contract. Burn, who joined Brighton from Wigan in 2018, can also play left-back. The Seagulls are extremely unlikely to sign a replacement centre-back this window.

Follow every Newcastle game in the Premier League this season with our live blogs on the Sky Sports website and app, and watch match highlights for free shortly after full-time.

Get all this and more – including notifications sent straight to your phone – by downloading the Sky Sports Scores app and setting Newcastle as your favourite team.