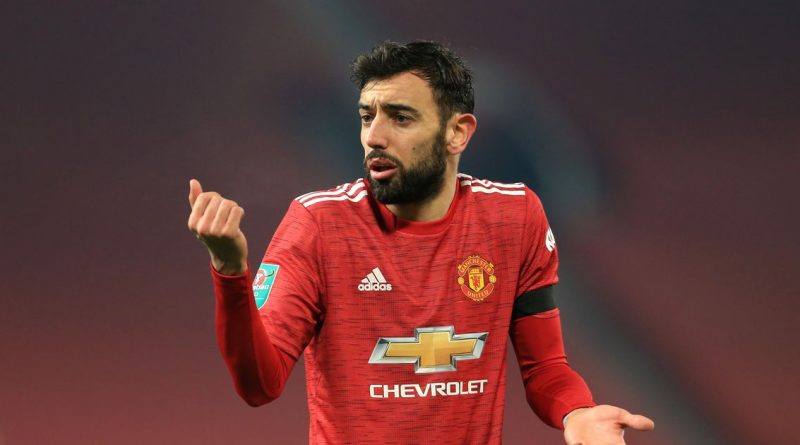 Manchester United’s Bruno Fernandes claims it is “really frustrating” to already be out of the Carabao Cup.

The Red Devils were undone by West Ham at Old Trafford in the third round of the competition.

Ole Gunnar Solskjaer rang the changes as he gave several squad players a run out with Fernandes starting on the bench.

He was bought on with 20 minutes remaining but was unable to rescue the situation.

The Portuguese star is renowned for driving standards within the squad but is yet to win any silverware since joining in January 2020.

He said on Instagram following the Hammers loss: “Really frustrating and disappointing to be out of one of the competitions at such an early stage…

“Time to reflect, to improve and to fight hard for the other competitions.”

United’s trophy drought dates back to 2017 when Jose Mourinho led them to the Europa League.

Solskjaer is into his third full season and has made the last four of the Carabao Cup in the two years previous.

Pressure is mounting on the Norwegian who has added plenty of star quality in the summer.

He made 11 changes to the team that had beaten West Ham in the capital, but was adamant he had to freshen things up as he manages his players’ workload.

He said: “I think you can see by the team selection that we’ve always used this competition when I’ve been here at the club to give minutes for ones who need it because we know it’s a very, very long season.”

Fernandes has made no secret of his desire to deliver silverware to Old Trafford.

Will Man Utd win a trophy this season? Comment below.

Already the 27-year-old has come up short in one final and three semi-finals with the Red Devils, but believes the bar has to be set high.

He said in the summer: “No, obviously I think as always we have a chance to win whatever we want, or wherever we try to win because I think last season unluckily for us we don’t get to win any trophies.

“We get to the final of Europa League but unluckily we don’t win.

“But, still, with the transfers or without the transfers, Manchester United will always be a tough opponent, we will try to win every competition we are included (in).

“As I always said, for me, being at this level, at this club, we want to win. It’s because of that I know we have the chance to win everything we are included (in).

“After, you can win or not, but we have the chance and we should and we will do our best to win something of course.”