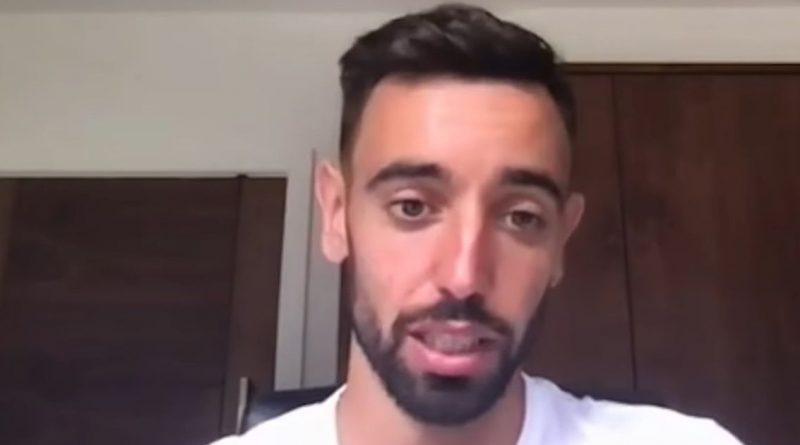 
Van De Beek struggled in his first season in the Premier League after leaving Ajax, but Red Devils star Fernandes has backed his team-mate to make a step up in his second campaign

Van De Beek arrived at Old Trafford expecting to challenge for a place in United’s midfield, but his first season in Manchester was a disaster.

The Dutchman started just four games in the Premier League last term as he struggled to convince Ole Gunnar Solskjaer he could be an option for the Red Devils.

The form of Fernandes ensured Van De Beek was limited to cameo appearances or outings in the cup competitions, but even then, he failed to impress.

To cap off his nightmare season, the 24-year-old was forced to pull out of the Netherlands squad for Euro 2020 with a groin injury sustained on the eve of the tournament.

That injury also forced him to miss the Red Devils’ opening two pre-season fixtures, a win over Derby County and a loss to Queens Park Rangers.

He finally returned to full training last Monday before he appeared off the bench in United’s draw with Brentford in their third game of pre-season.

He has clearly not been resting on his laurels during his time on the sidelines though, with many noticing a change in the Dutchman.

Van De Beek appears to be carrying a more muscular physique, with United fans making note of his robust appearance.

In a bid to make sure he was playing at his full potential, Van De Beek spent some of the summer at Amsterdam’s elite specialised training centre FysioConcept.

At the centre, he followed a personalised nutrition and diet plan, as well as creating a more weights-based gym routine to help him cope with the Premier League’s physicality.

It is a change that has not escaped the attention of Fernandes, who has hailed Van De Beek’s work in the gym.

Will Donny Van De Beek turn his United career around? Comment below.

Van De Beek struggled in his first season with United
(

“As a professional player you always prepare for your season before you come back for training, you always do something before and I think everyone was doing their jobs at home,” Fernandes told United’s club website.

“I’m happy to see how everyone is, how happy they are to be back and they are training really hard.”

Fernandes also hinted that he believes that Van De Beek will finally start to show why he commanded such a high price tag.

“Yes he’s working hard and working hard in the gym. Obviously, he is one of the quality players we know and now he’s building up,” he added.

Perhaps in a hint that he will receive more game time this season, Solskjaer made Van De Beek captain during his time on the pitch against Brentford.

United face Everton this weekend in their final pre-season friendly, before they host Leeds United in their opening game of the Premier League season.

Van De Beek will hope his period spent bulking up will help him to fulfil Fernandes’ prediction.