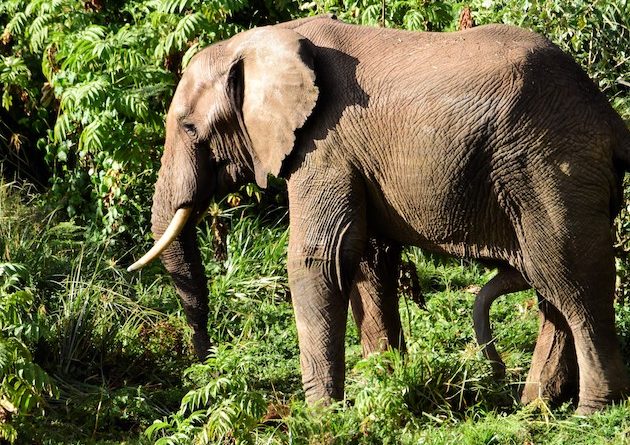 Nairobi, Oct 25 (IPS) – Home to a variety of iconic and rare animal and plant species, freshwater lakes, rivers, waterfalls, and the expansive Indian Ocean coastline, Kenya’s place as a biodiversity hotspot has never been in doubt.

But the first National Wildlife Census report finalized in August 2021 pointed to signs of trouble. For instance, as many as five wildlife species are critically endangered and could disappear in the immediate future. The report noted that there were just 1,650 Tana River Mangabey, 897 black rhinos, 497 Hirolas, 51 Sable antelopes, and 15 Roan antelopes.

“The health of planet earth is well and truly on a sharp decline, and we are not only seeing a decrease in the global population of species but a decline in their genetic diversity and a loss of species climatically determined habitats,” Gicheha expounds.

Conducted by the World Wildlife Fund for Nature (WWF), an independent conservation organization, this is the first ever most comprehensive report on the state of global vertebrate wildlife populations, and it makes a startling revelation: the world’s wildlife populations have declined by 69 percent since 1970.

As a measure of the state of the world’s biological diversity among population trends of vertebrate species from terrestrial, freshwater, and marine habitats, the 2022 Living Planet Index analyzed approximately 32,000 populations of 5,230 species across the world.

By tracking trends in the abundance of mammals, fish, reptiles, birds, and amphibians worldwide since 1970, a disturbing image emerged: one million plants and animals are threatened with extinction.

Key findings include revelations that monitored freshwater populations are hardest hit as there is an alarming decline of 83 percent in the last 50 years, more than any other species groups.

The decline in freshwater population is mainly caused by habitat loss and barriers to migration routes which account for an estimated half the threat to these populations. Further, only 37 percent of rivers over 1,000 kilometres remain free-flowing in their natural state.

Against this backdrop, the report stresses that the global community is living the consequences of double crises and shows how “interlinked emergencies of human-induced climate change and the loss of biodiversity are threatening the well-being of current and future generations.”

The greatest regional decline in wildlife population is in Latin America and the Caribbean region, whose average population abundance decline is 94 percent.

Africa comes second with a 66 percent fall in its wildlife populations over the past 52 years, and across the board, the poor and marginalized remain highly vulnerable and most affected by the decline.

More findings show despite mangroves being unique forests of the sea; they remain at great risk as they continue to be lost to aquaculture, agriculture and coastal development at current rates of 0.13 percent per year.

Mangrove loss is not only a loss of habitat for biodiversity, the report emphasizes, but the loss of ecosystem services for coastal communities.

Overall, the global abundance of 18 of 31 oceanic sharks and rays declined by 71 percent since 1970. By 2020, three-quarters of sharks and rays were threatened with an elevated risk of extinction. Kenya is currently home to 9 whale sharks, two blue whales and 17 tiger sharks, per the National Wildlife Census.

The report stresses that dominating the natural world irresponsibly, taking nature for granted, exploiting of resources wastefully and unsustainably and, distributing these resources unevenly have life-altering consequences.

Judy Ouya, a government official in the Ministry of Environment and Forestry tells IPS that said consequences could no longer be ignored as they are too severe and frequent. They include loss of lives and economic assets from extreme weather conditions, deepening poverty and, severe food and water insecurity from droughts.

For instance, the reports references Amboseli, Kenya, Maasai community who rely on selling livestock and are now greatly affected by the severe prolonged dry spell.

Earlier in June 2022, the World Bank projected that Kenya’s growth will slow down within the year and into 2023-24 due to the ongoing ravaging drought and other external influences, such as the war in Ukraine.

“The ongoing climate and biodiversity crises are significantly induced and sustained by human activity and particularly our land use change and, our interactions with ocean and lake ecosystems. There is significant over-exploitation of nature, and the consequences are coming faster and more severe than expected,” Ouya observes.

WWF finds that while ongoing conservation efforts are helping, urgent action is required if the global community is to reverse nature loss. The broken relationship with nature, experts such as Ouya emphasize, impacts all aspects of human life and will significantly derail economic development and attainment of UN SDGs.

Overall, the index finds too much nature has been lost at a speed that calls for higher ambitions to effectively, efficiently and sustainably address the six key threats to biodiversity loss which include habitat degradation and loss, exploitation, the introduction of invasive species, pollution, climate change and disease.

Higher ambitions include working together towards the complimentary goals of net-zero emissions by 2050 and net-positive biodiversity by 2030 as they represent “the compass to guide us towards a safe future for humanity, to shift to a sustainable development model, to support the delivery of the 2030 SDGs.”

If the global community works together to achieve these goals and because nature can bounce back, the report foretells a promising future, of a decade that will end better than it started with more natural forests, more fish in the ocean and river systems, more pollinators in our farmlands, more biodiversity worldwide.