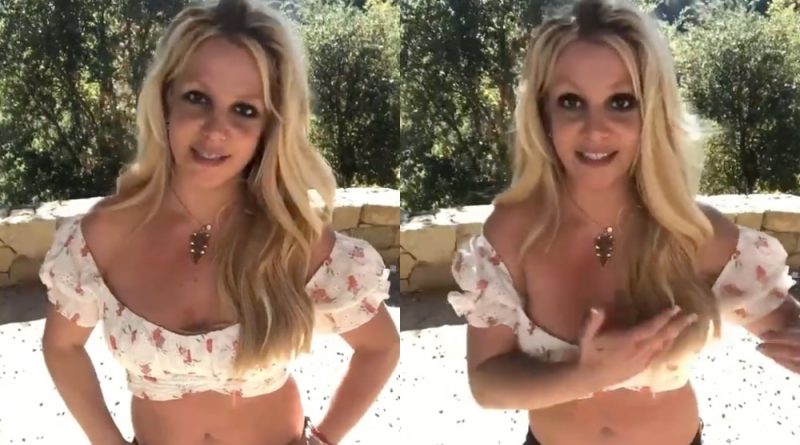 Britney Spears revealed her plans for her post-conservatorship life. (Screen captures via Instagram)

Britney Spears has spoken out about what it means to be a free woman after her 13-year-long conservatorship was ended last week.

The singer revealed her plans for her post-conservatorship life involve chatting with Oprah Winfrey, buying candles and seeing that her family are jailed.

In an Instagram video Tuesday (16 November), the “Toxic” hitmaker shared her gratitude for the little things in life that she was once barred from being able to do.

She also said the grassroots #FreeBritney movement “saved her life” for shedding light on the “abuse” she suffered throughout her conservatorship.

“I’ve been in a conservatorship for 13 years,” the 39-year-old said in the video.

“It’s a really long time to be in a situation you don’t want to be in. So, I’m just grateful, honestly, for each day.”

In her most detailed statement yet since a California probate judge terminated the complex and controversial legal arrangement the governed her life, Britney explained the tangible freedoms she now has.

“Being able to have the keys to my car”, “owning an ATM card” and “seeing cash for the first time”, as well as “being able to buy candles” are all things she’s missed.

“It’s the little things for us women but it makes a huge difference,” she added. “And I’m grateful for that. It’s nice. It’s really nice.”

In the caption, Spears called for her parents to be jailed while hinting that an interview with Oprah might be on the cards.

“Might as well do a hint of my thoughts on the gram before I go and set things square on Oprah,” she wrote.

“But honestly it still blows my mind every day I wake up how my family and the conservatorship were able to do what they did to me.

“It was demoralising and degrading !!!! I’m not even mentioning all the bad things they did to me which they should all be in jail for… yes including my church-going mother !!!!”

To the Free Britney movement, she had a simple message: “You guys rock.

“My voice was muted and threatened for so long and I wasn’t able to speak up and say anything.

Above all, Britney added, she now hopes her case will lead to reforms in the “corrupt” conservatorship system.

“I’m not here to be a victim,” she added. “I’ve lived with victims my whole life as a child that’s why I got out of my house and I worked for 20 years and worked my ass off.

“I’m here to be an advocate for people with real disabilities and real illnesses.

“I’m a very strong woman so I can only imagine what the system has done to those people.

“So hopefully, my story will make an impact and make some changes in the corrupt system.”

Legal experts had initially warned that it was unlikely that Britney would ever be freed from her conservatorship. Especially without a psychiatric evaluation, which Britney vehemently said she would not undergo.

Conservatorships, sometimes known as guardianships in some US states, are usually reserved for those who are old, ill or infirm. The National Center for State Courts estimated in 2011 that there were 1.5 million active conservatorships.

There is no data on how many conservatees have petitioned for the arrangement to be terminated, a legal process that is not only lengthy but is difficult to even achieve.

“Conservatorships are much easier to get into than to get out of,” warned Zoe Brennan-Krohn, a staff attorney at the ACLU Disability Rights Project, last year.

“Even if a conservatorship is instituted as a result of a temporary crisis, it often becomes effectively permanent. Extending long after the immediate crisis is passed, and is very hard to get out of.”