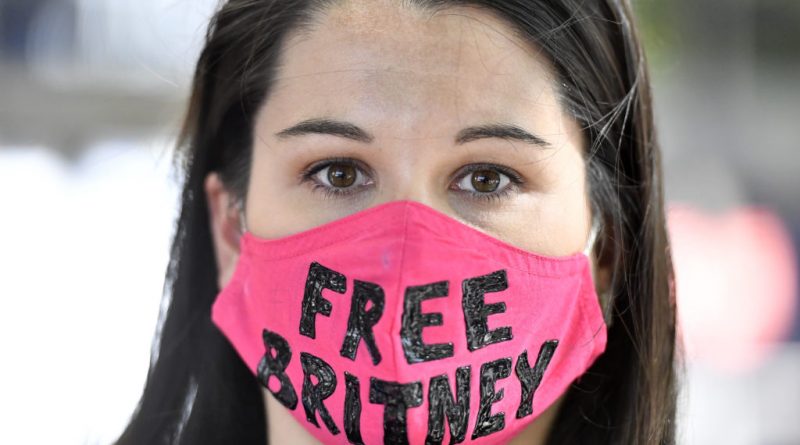 Supporters of the #FreeBritney movement flew to Los Angeles from across the US to protest. (Frazer Harrison/Getty Images)

Britney Spears fans are furiously trying to have her former attorney Samuel Ingham investigated by the state bar amid her turbulent conservatorship battle.

Ingham served as Britney’s probate lawyer for 13 years before resigning following the singer’s explosive court testimony, in which she said she didn’t know how to end the conservatorship.

Now, the grassroots movement that has rallied for years to “Free Britney” are urging fans to submit complaints to the State Bar of California calling for Ingham to be formally investigated.

In a winding email template written by the Los Angeles #FreeBritney wing, advocates raised fears over Ingham’s “complicity or negligence in the unlawful, or otherwise improper, the continuance of the suspicious conservatorship”.

Such concerns, the email states, have been flagged by fans since as early as May – but all brushed aside by the bar.

Ingham may have resigned as Britney’s court-appointed attorney, but we don’t intend to let him walk away without being held accountable for his actions — and inactions — over the last 13 years.#FreeBritney

They dubbed how Ingham “permitted his client to remain trapped as a conservatee” as “abhorrent and inhumane”. His “failure” to inform Britney about being able to petition, it adds, “is inexcusable, and likely arises to the level of gross negligence”.

The email stresses that Ingham cannot be shielded from “scrutiny” simply because he was appointed by the courts in 2008.

“Thus, in the context of these facts and evidence, it is your obligation to immediately investigate Mr Ingham’s actions and omissions as Ms Spears’s court-appointed attorney,” it states.

Britney spurred questions over Ingham’s advocacy of her as a client after she said in court that she had been unaware of how to terminate the complex legal arrangement that has seen her financial and personal affairs controlled largely by her father, Jamie Spears.

“I’m sorry for my ignorance, but I honestly didn’t know that,” she told judge Brenda Penny in June. “My attorney says I can’t — it’s not good, I can’t let the public know anything they did to me.

“He told me I should keep it to myself, really.”

A spokesperson for the State Bar of California could not “confirm nor deny” whether the attorney licensing agency had received complaints concerning Ingham’s conduct.

“We look forward to your thorough and meticulous investigation,” the template email continues.

“We will not be giving up.”