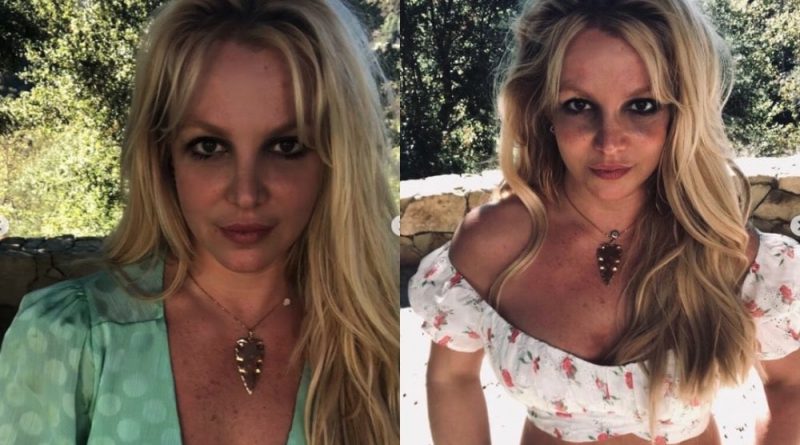 After 13 years under a conservatorship that stripped her of her freedom, Britney Spears is still the same icon we know and love.

Britney has much to celebrate after she was finally freed from the conservatorship she has been rallying against for years in private, and for much of this year in public.

The arrangement was terminated on 12 November, giving Britney control of her life and finances for the first time since 2008.

For years, fans have scrutinised the singer’s social media activity – questioning whether she was hiding messages in her sometimes eccentric posts, or if she was the one behind the account at all.

There was a marked shift in her Instagram page’s tone following the incendiary testimony Britney gave to court in the summer. She began speaking out against the conservatorship for the first time on her page – but continued to post her usual selfies and stock images.

After the conservatorship was terminated Britney jumped straight back onto Instagram, where she thanked her fans and the #FreeBritney movement: “Good God I love my fans so much it’s crazy. I think I’m gonna cry the rest of the day. Best day ever… praise the Lord… can I get an Amen?”.

On Monday (15 November), Britney posted a carousel of images. In some, she wore the same green shirt that she posted four similar images of on the day of her court hearing.

She explained of the images: “The lime green shirt I shot two days ago and the white pink flower shirt was YESTERDAY 🌸 !!!!

“I share cause it gives me my own perspective of time … I mean what’s the SIGNIFICANCE of wearing one top that’s 3 years old and another that’s one year old ???!!!”

“When I look at my pics of me or ANYBODY the first thing I usually say is when was this ???? I hope you guys have a WONDERFUL and PEACEFUL week !!!! There’s so much to be THANKFUL for … so have a good day folks ☀️ !!!!!

On the same afternoon, she also posted a photo of a fork stuck into a broken lipstick.

In the caption, she wrote: “What an amazing weekend… I felt like I was on Cloud Nine the whole time. I actually got my first glass of champagne at the most beautiful restaurant I’ve ever seen last night!”

The pop icon, who turns 40 on 2 December, continued: “I’m celebrating my freedom and my B day for the next two months! I mean after 13 years… I think I’ve waited long enough! I’m so happy my lawyer Matthew Rosengart came into my life when he did… he was truly turned my life around… I’m forever thankful for that.”

Britney Spears was placed under a conservatorship in 2008 by her father Jamie Spears, and fought to regain control of her life.

She testified in open court back in June that she was “traumatised” by the conservatorship and told the judge that she just wanted her life back. She was subsequently allowed to hire her own lawyer, a right that had been denied to her for years, who was ultimately successful in ending the arrangement.