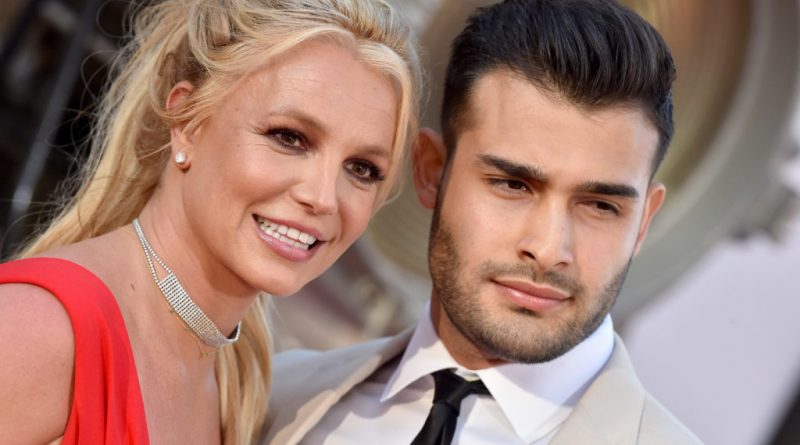 The “Toxic” hitmaker sparked speculation that she and Asghari got hitched after she was spotted wearing a large rock on her ring finger this week.

Britney recently said in court that she wants to marry and have children with her boyfriend, who she has dated since they met in 2016 on the set of her “Slumber Party” music video.

In photographs obtained by the Daily Mail, Britney swung by a drive-through with Asghari by her side, sporting the ring.

So when a TMZ reporter congratulated Asghari on the “engagement”, he finally put the rumours to rest.

“People don’t know but we’ve been married for about five years,” he joked. “We secretly got married in Hawaii.”

With a smile creasing his face, Asghari added: “And, yeah, we have twins. Peace.”

Though Asghari struck a playful tone to reporters, his comments came amid a fraught time for Britney.

She recently blew the lid on the conservatorship that rules her life, calling the arrangement “abusive” and demanding it ends.

Since 2008, Britney has lived under a complex legal arrangement that has seen her father, Jamie, alongside court-appointed professionals, control her finances and personal wellbeing.

Jodi Montgomery, who has been Britney’s conservator of person since 2019 when Jamie left the post due to ill health, said that Britney does, in fact, have the right to marry.

Through her attorney, Montogomery said earlier this month that under Californian conservatorship law, neither court-appointed conservators of the person or estate cannot “affect the capacity” of Britney’s ability to marry.

Per the handbook all court-appointed conservators are given, conservatees retain the ability to marry “unless a judge has determined that [they] do not have the capacity to do so”.

“Britney’s choice to marry and to start a family have never been impacted by the conservatorship while Ms Montgomery has been conservator of the person,” Montgomery’s attorney, Laurian Wright, said.