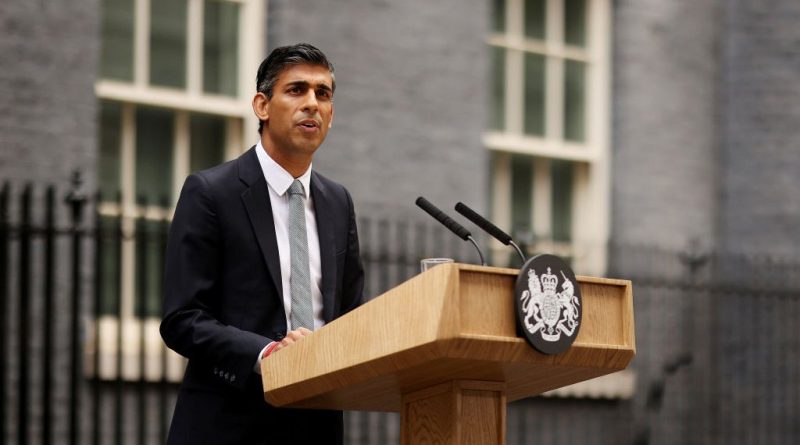 
Britain’s Prime Minister Rishi Sunak is facing the first political crisis of his premiership, less than a week on the job after around 200 Conservative MPs chose him to lead the country. The crisis for the U.K.’s first Prime Minister of color swirls around Home Secretary Suella Braverman, also from a South Asian background, over her hardline approach to migrants.

Braverman is no stranger to controversy. She was forced to resign by Sunak’s predecessor Liz Truss—the U.K.’s shortest-serving leader ever—on Oct. 19, after admitting to data breaches that broke the government’s own rules. But just six days later, she was reinstated by Sunak as the U.K.’s immigration minister. Now she finds herself at the center of a scandal over newfound scrutiny of data breaches and uproar over policies that have resulted in “unsafe” conditions at an asylum processing center in Kent, southeast England.

Below, what to know about the Braverman controversy, and what it means for Sunak’s leadership.

Speaking with journalists Emily Maitlis and Lewis Goodall on their podcast “The News Agents,” the leader of the centrist Liberal Democrats, Ed Davey, said journalists told him Braverman has been nicknamed “Leaky Sue” by colleagues over her mishandling of sensitive information.

Braverman admitted to breaching the ministerial code by sending an official document. In her Oct. 19 resignation letter, she said she emailed a draft ministerial statement from her personal email to a “trusted parliamentary colleague.” She called it a “technical infringement” and said she reported the error immediately it via official channels.

Others have disagreed with that characterization.

“Suella Braverman did not mistakenly leak a meaningless document. She endlessly consulted a maverick. She deliberately emailed a policy doc not yet agreed to her pvt email. Then she sent it to John Hayes and someone she thought was his wife,” tweeted Tim Shipman, the chief political commentator at The Sunday Times, referring to her political ally Hayes.

For many, it remains unclear what changed in the short window between Braverman’s Oct. 19 resignation and her reinstatement last week.

Overcrowding at the Manston migrant center

Last week, David Neal, the U.K.’s chief inspector of Borders and Immigration, visited the Manston migrant center and described it as “dangerous” and “wretched.” The processing facility, which is not intended for residential use, currently houses 4,000 asylum seekers, despite its capacity of 1,600 people.

Reports indicate that there were only 180 camp beds in the center, leaving the rest to sleep on the floor in cramped conditions—which led to outbreaks of scabies and diphtheria. There were additional concerns about the welfare and dignity of migrants who had no access to private toilets, translators, or their cell phones after they were confiscated on arrival.

The Manston center is supposed to act as a short-term facility where people are held for 24 hours before being processed by the U.K.’s Border Force and moved to temporary accommodation. The Home Secretary has been criticized over allegations that she ignored legal advice three weeks ago that the government was failing to provide alternative accommodation.

On Monday, Braverman addressed MPs and said the asylum system was broken and that England’s south coast was facing an “invasion” by migrants. She also urged her fellow lawmakers to “stop pretending” that all 40,000 individuals who sought asylum in the U.K this year are refugees in distress. The comments have been denounced as irresponsible and dehumanizing.

Dr. Maya Goodfellow, a research fellow at the Sheffield Political Economy Research Institute and author of Hostile Environment: How Immigrants Became Scapegoats, says the problem is not asylum seekers coming to the U.K. but how difficult it has become to arrive safely.

“For decades, people seeking asylum in the U.K. have been treated horrendously, made destitute, put in substandard accommodation, and consistently dehumanized by politicians across the political spectrum. This is crucial context for what is happening now,” says Goodfellow. She adds that Braverman’s “inflammatory rhetoric” risks further violence as evidenced by the petrol bomb attack at a detention center in Dover, England on Sunday.

Questions around “integrity, professionalism, and accountability”

Many say Braverman’s conduct contradicts Sunak’s message of “integrity, professionalism, and accountability” at every level of government in his first speech as Prime Minister on Oct. 25.

The opposition Labour party leader Keir Starmer called Sunak’s decision to reappoint Braverman as Home Secretary an “act of weakness.” Braverman’s reappointment is seen as a reward for backing Sunak during the Conservative leadership contest. Braverman remains a key figure in the pro-Brexit, anti-immigrant wing of the party.

Nadine El-Enany, co-director of the Center for Research on Race and Law, says the conditions at Manston center are a microcosm of the Tory government’s wider conduct. “Sunak and his government have no democratic accountability. They have demonstrated no intention or desire to treat the most vulnerable in society humanely,” she says.

While many celebrated Sunak’s historic appointment, criticisms about representation have swirled over some of the Conservative party’s policies.

Meanwhile, Sunak is under mounting pressure to fire Braverman. “Could Suella Braverman be sacked as Home Secretary for the second time in less than two weeks?” wrote Rachel Wearmouth, the deputy political editor of the New Statesman, in a piece on Monday.

But El-Enany says she and others are more concerned with the safety of migrants than political posturing. “Those who are at Manston should be immediately evacuated to places of safety where they can be comfortable, looked after, and receive appropriate health care, including for their mental wellbeing,” she says.

El-Enany adds: “They should be able to move freely, to work, to live their lives. No one should be detained.”