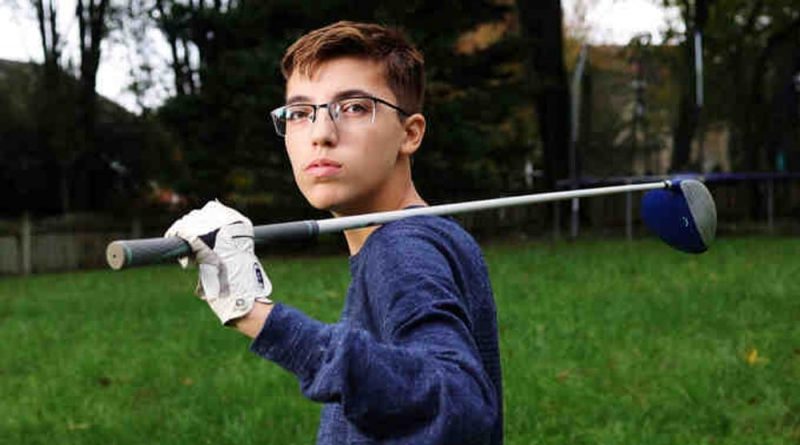 
A trans teen is suing the state of Tennessee over a law that restricts his participation in sports, arguing that it violates his constitutional rights.

The federal lawsuit was brought by the ACLU on behalf of 14-year-old freshman Luc Esquivel, who was barred from playing on the boy’s golf team at Farragut High School in Knoxville.

“I was really looking forward to trying out for the boys’ golf team and, if I made it, training and competing with and learning from other boys and improving my game,” he said, according to a press release.

“Then, to have the legislature pass a law that singled out me and kids like me to keep us from being part of a team, that crushed me, it hurt very much. I just want to play, like any other kid.”

He aims to challenge SB 228, one of several anti-trans bills that have seen Tennessee dubbed the “state of hate“.

Signed by Tennessee governor Billy Lee in March, the cruel law restricts student athletes to sports teams based on the sex listed on their birth certificates, not their gender identity.

“It made me, and still makes me, so angry,” said Luc’s mother Shelley Esquivel. “A mother wants to see their kid happy, thriving, enjoying being a kid. High school sports are an important part of that. I know how much Luc was looking forward to playing on the boys’ golf team.

“It’s heartbreaking to see him miss out on this high school experience, and it is painful for a parent to see their child subjected to discrimination because of who they are. I’m proud Luc is taking this step, and his father and I are with him all the way.”

The ACLU argues that SB 228 “excludes” trans students from “full participation in society,” which in turn perpetuates discrimination and stigmatisation.

Attorneys say this violates the equal protection clause of the constitution’s 14th Amendment, which requires a state’s laws to treat all people equally, as well as Title IX, which prohibits discrimination on the basis of sex in any education program or activity that receives federal funds.

“SB 228 was passed not to protect female athletes but to marginalise transgender people,” the lawsuit states. “The law amounts to a bare desire to harm a politically unpopular group, which is an impermissible government purpose and fails any level of equal protection scrutiny.”

The ACLU also points out that the bill is attempting to address a problem that simply does not exist.

The ACLU notes the bill is not endorsed by any mainstream sporting or heath organisations, and some healthcare organisations such as the American Academy of Paediatrics have directly opposed such legislation.

“There is endless research demonstrating the short-term and long-term benefits that flow from participating in team sports for kids growing up,” said Sasha Buchert, senior attorney at Lambda Legal.

“For trans kids, who often experience alienation and stigmatisation, participating on teams with their peers is especially important. Luc just wants to play golf with other boys, to be part of the team, and to improve his game. Like all kids, he just wants to play.”