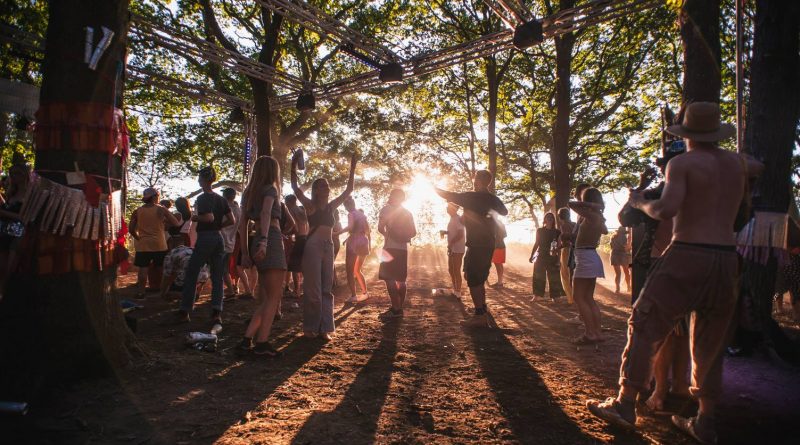 People dancing at “The Shack” at Brainchild festival in 2018. (Jordan Matyka)

Brainchild has announced its scorching 2021 line-up as the independent festival ploughs ahead – thanks to a creative solution to the uncertainty of organising live events during the pandemic.

The East Sussex-based festival and not-for-profit arts organisation operates in the DIY spirit and is returning for its eighth year.

With a mission to connect and strengthen communities and celebrate and develop the talents and ideas of the most inspirational young creatives from the UK and beyond, Brainchild provides a platform for young people to creatively engage with what matters to them.

The Crowd Cover Pledge ticket scheme launched by Brainchild for this year’s festival means that 2,500 festival goers agreed that if Brainchild was forced to cancel, the festival would keep the money and transfer people’s tickets to the following year. This means that, amid a sea of festival cancellations, Brainchild will go ahead at the start of August.

Due to be held over the weekend of the 6 August in East Sussex, Brainchild returns after 15 long months without the sacred spaces of festivals and live music.

There will be queer performances from the likes of Dragprov, a talk by Vagina Museum director Florence Schechter, queer comedians Chloe Petts and a full-on show from Wacky Racists: Sophie Duker, Kemah Bob and Dre Spisto.

And Brainchild has plenty more to offer – everyone’s favourite handsome drag kings, Pecs, will be on-site to help festival goers find their inner King with a very macho Mansformation workshop.

The Independent Workers Union of Great Britain (IWGB) will be there too, on a mission to make trade unionism hot again. IWGB is a grassroots, member-led trade union, made up of workers who have traditionally been under-represented, and they’re on a mission to bring democracy into our workplaces and create a sector free of precarity.

Tickets for Brainchild 2021 are sold out, but there’s a waitlist and the opportunity to volunteer at the festival in return for a ticket.