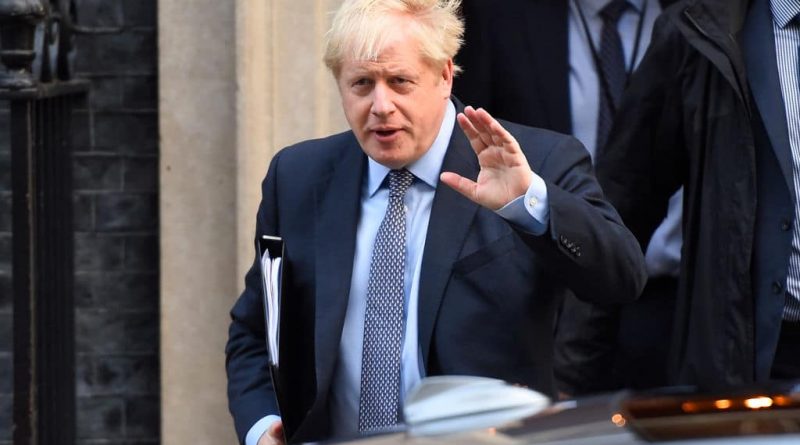 Boris Johnson is facing criticism after he mixed up HIV and AIDS while speaking about vaccines and advances in medical research.

The prime minister made his remarks during an address to 200 business leaders at a Global Investment Summit held at the Science Museum on Tuesday morning (19 October).

In his speech, Boris Johnson reflected on “the sheer improbability of what humanity has achieved in the last 18 months”, according to The Telegraph.

“We still don’t have a vaccine for AIDS, we don’t have a cure for the common cold. But within a year the appearance of COVID-19, this lethal new virus with this uncanny ability of transmission, we have forged an entirely new set of armour for our species and it’s getting stronger.”

Matthew Hodson, executive director of Aidsmap, told PinkNews that it was “disappointing” to see the prime minister mix up HIV and AIDS. The terms HIV and AIDS are often used interchangeably, but they do not have the same meaning.

According to Aidsmap, AIDS is “an umbrella term for the illnesses that occur due to having untreated HIV infection for several years, by which point the immune system is severely damaged and unable to fight off infections”.

“It is disappointing that the prime minister cannot distinguish between HIV and AIDS,” Hodson said. “Ignorance leads to fear and stigma, which creates barriers to HIV testing and treatment and help to perpetuate this disease.

“It’s been almost three years since this government committed to end new HIV transmissions by 2030. PrEP works. Effective HIV treatment prevents transmission. Even without a vaccine to protect against HIV, we have the tools we need to end this epidemic – and we have an action plan to reach that goal.”

Hodson added: “I would urge the prime minister to make the commitment needed now to resource that plan. Ending HIV would be a glorious legacy.”

This is not the first time Boris Johnson has faced criticism for mixing up HIV and AIDS. In April, the prime minister faced fierce condemnation when he confused HIV with “AIDS or whatever” during a live broadcast of the UK government’s COVID-19 briefing.

Speaking to journalists, Johnson said he “never thought” so many COVID-19 vaccines would have come on stream so quickly given there were still no vaccines for “SARs or AIDS or whatever”.

Many criticised the prime minister for not understanding the difference between HIV and AIDS. Some activists responded by sharing a graph from the National AIDS Trust on social media which states that HIV and AIDS should not be confused.

The charity has said in the past that conflating HIV and AIDS “can add to unhelpful confusion between the two”.