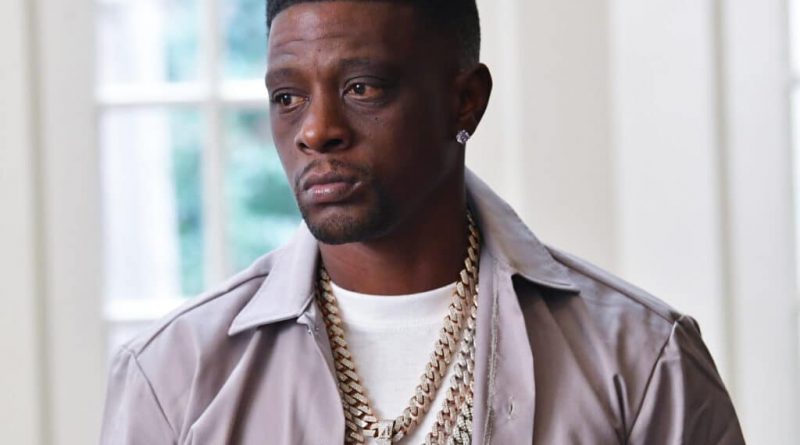 Boosie Badazz has launched into yet another homophobic rant, this time in defence of DaBaby.

The rapper took to Instagram to share his thoughts on the backlash DaBaby faced after he made misinformed comments about HIV/AIDS.

His homophobic and misogynistic remarks at July’s Rolling Loud music festival in Miami cost him multiple festival bookings and a brand partnership. DaBaby eventually apologised for his comments.

To Boosie Badazz, the backlash is proof that “in 10 years, it ain’t gonna be normal for a kid to be straight”.

“It’s sad how y’all tryna force this gay stuff on the world,” Boosie said in a minute-long Instagram video on his private account Monday (2 August).

Boosie reacts to DaBaby getting removed from festivals after his homophobic comments at Rolling Loud:

“It’s sad how y’all trying to ban artists… In ten years it ain’t gone be normal for a kid to be straight.” pic.twitter.com/CRE3ML3PcF

“It’s sad, bro. Y’all tryna force it on these kids, bro. Pushing it on the artists, pushing it on all the biggest artists.

“You know why? Cause’ the kids love those artists. You attacking these kids.”

Somehow still speaking, he added that people are “making them promote this s**t” and that “the kids” are going to “follow”.

“It’s sad, the 38-year-old said. “God doing backflips now.” He added in the fear-mongering caption that “the world is after your kids’ sexuality”, according to Complex.

Boosie Badazz has previously been condemned for claiming to have hired women to sexually assault his underage son to “train [him] right”, as well as going on transphobic rants attacking Dwyane Wade’s daughter Zaya Wade.

What happened with DaBaby?

During a music festival, DaBaby, 29, called on fans to raise their mobile phones in the air and switch their lights on if they did not have HIV, AIDS or any sexually transmitted infection “that’ll make you die in two to three weeks”.

“Ladies, if your p***y smell like water, put a cellphone light them up,” he continued. “Fellas, if you ain’t sucking d**k in the parking lot put your cellphone light up. Keep it real.”

Video footage of the speech quickly went viral on social media, igniting a firestorm of criticism as viewers skewered the musician for spreading wildly inaccurate information about HIV.

For a start, people living with HIV do not “die” within weeks. Thanks to antiretroviral treatments, they can live long and healthy lives.

Among DaBaby’s most outspoken critics were Elton John, Madonna, Dua Lipa, Demi Lovato and even Lil Nas X’s father. All, for the most part, branded the Grammy-nominated singer “ignorant” and sought to distance themselves from him.

DaBaby repeatedly flip-flopped in his responses to the backlash, at first shrugging it off as a “weak ass internet issue” before issuing a limp apology for his “insensitive” comments about HIV/AIDS.

But the “ROCKSTAR” hitmaker made an abrupt about-turn when, only a day later, he dropped a new music video where he challenged the denouncement and ended the track with a message that read: “Don’t fight hate with hate.

“My apologies for being me, the same way you want the freedom to be you.”

In a final U-turn, however, which came after both Lollapalooza and the New York Governors Ball festivals dropped him, he issued a second apology.

“Social media moves so fast that people want to demolish you before you even have the opportunity to grow, educate, and learn from your mistakes,” DaBaby wrote on Instagram.

“As a man who has had to make his own way from very difficult circumstances, having people I know publicly working against me – knowing that what I needed was education on these topics and guidance – has been challenging.”

After thanking those who messaged him privately about the scandal to “offer wisdom”, he concluded: “I want to apologise to the LGBTQ+ community for the hurtful and triggering comments I made.

“Again, I apologise for my misinformed comments about HIV/AIDS and I knew education on this is important.”