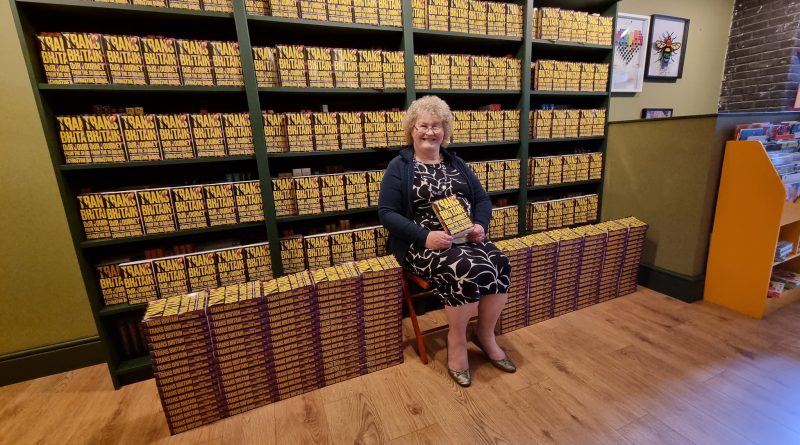 
A queer bookshop has launched an initiative to send copies of a trans history book to MPs across the country to give them a “comprehensive knowledge” on the trans community.

The books, which have now been sent to MPs, were all donated at cost price by customers.

“Today we have sent out hundreds of copies of Trans Britain by Christine Burns to MPs all over the country to give them comprehensive knowledge of the history of the trans community before framing laws that affect them,” the bookshop wrote on Twitter.

As well as this initiative, the bookshop said that it also sends around 100 free books to schools every month.

Today we have sent out hundreds of copies of Trans Britain by @christineburns to MP’s all over the country to give them comprehensive knowledge of the history of the Trans community before framing laws that affect them. @MetroUK @MENnewsdesk @AttitudeMag #TransAwarenessWeek pic.twitter.com/TMrkpFueO9

Queer Lit told PinkNews that the initiative was not targeting one law in particular, but that trans rights are “at the heart of so many debates”, and that the topic has an “exhausting amount of misinformation out there”.

A spokesperson for the bookshop said: “It seemed only right we empower lawmakers with the history of the trans community before they frame laws around them.

“This is an opportunity for MPs to better understand their constituents, we ask them to kindly read this book.”

The bookshop said the response from the community in funding books for this initiative was “incredible”.

It said: “We put a tweet out asking if people wanted to donate a copy at cost price… We had around 260 copies purchased and us and Christine rounded it up to 300.

“The response from our community was incredible.”

The initiative comes as Labour MP Rosie Duffield was confronted over her use of transphobic language on a BBC Politics segment.

“I want the viewers at home to really think about why it might be upsetting for a transgender woman” to have an MP “call them ‘male-bodied people'” says Ellie Mae O’Hagan of the CLASS think tankhttps://t.co/wHYWst78se #PoliticsLive pic.twitter.com/A6q3mbHvVt

Duffield, who has been MP for Canterbury since 2017, attracted criticism for calling trans women “male-bodied people” on the show, arguing against the inclusion of trans women in single-sex spaces such as women’s prisons and hospital wards.

Fellow guest Ellie Mae O’Hagan hit back at her comments during the segment, saying that her views are “the very essence of discrimination”.