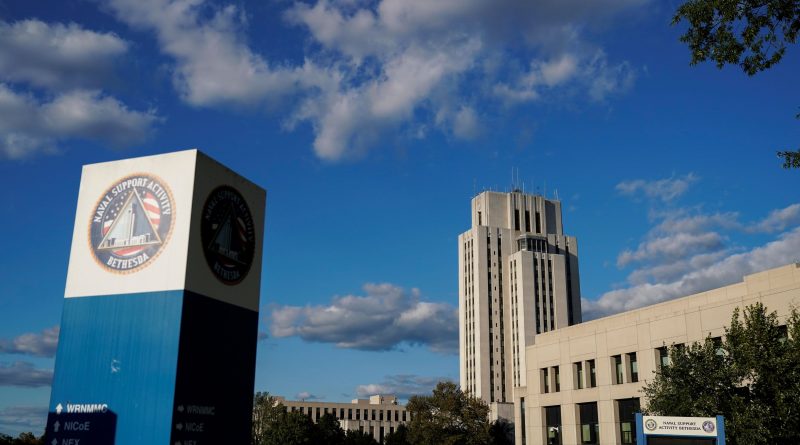 Walter Reed National Military Medical Center is seen shortly after the White House announced that President Donald Trump will be helicoptering to the hospital and “will be working from the presidential offices at Walter Reed for the next few days” after testing positive for the coronavirus disease (COVID-19), in Bethesda, Maryland, U.S., October 2, 2020.

The U.S. Navy base that includes the Walter Reed Medical Center was locked down Wednesday after an anonymous bomb threat was phoned into the facility, located just outside of Washington, D.C.

Staff and visitors at the base in Bethesda, Maryland, were ordered to shelter in place, and the facility’s gates were closed to non-emergency traffic, according to tweets posted by the base.

Walter Reed is a sprawling military hospital that is used by presidents of the United States and other government officials for treatment. Former President Donald Trump was hospitalized there last year when he contracted Covid-19.