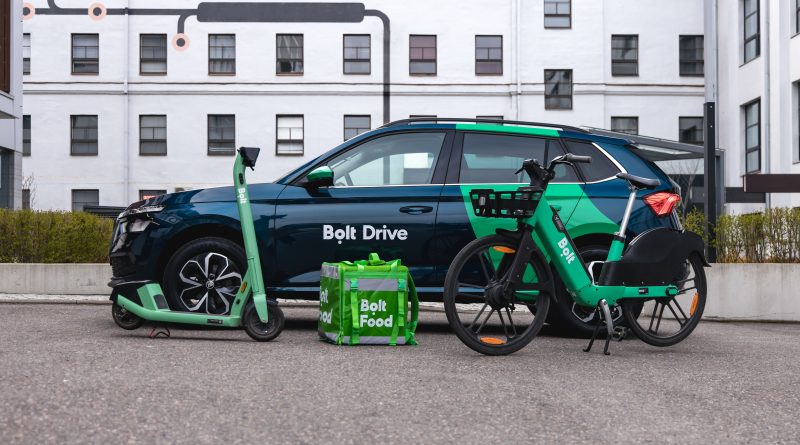 A range of products from Estonian ride-hailing start-up Bolt.

LONDON — European ride-hailing firm Bolt said Monday that it has raised 600 million euros ($713 million) in fresh funding, as it looks to push into the rapidly-growing online grocery delivery industry.

The new investment round values Bolt at about $4.75 billion, more than double its last private valuation of $2 billion.

“A year ago, we ran into the biggest crisis the company had seen,” Markus Villig, Bolt’s CEO and founder, told CNBC in an interview Monday. “We dropped over 80% as all the cities went into lockdown and ride hailing was still the core business.”

“What has happened in the last 18 months is that we’re a very different company now,” Villig added. “Ride hailing since then has already fully recovered. Delivery grew from something that was a relatively small business into now one of the fastest-growing food delivery companies in Europe.”

Bolt, formerly known as Taxify, started out as a taxi-hailing app in Estonia. The company has since branched out into several new services, including food delivery, car sharing and electric scooter and bike rentals.

Now, Bolt is making a big drive into grocery delivery. The company, which promises to deliver groceries in 15 minutes, plans to roll out the service to 10 European countries over the next few months, including Sweden, Portugal, Croatia and Romania.

Grocery delivery is a fiercely competitive sector, particularly in Europe, where several new on-demand shopping apps are emerging with billions of dollars in venture capital behind them. One of the leading players in the market, Turkey’s Getir, was valued by investors at $7.5 billion in June.

Villig said his company would require billions of euros of investment over the next few years as it aims to become a “super app” with multiple services touching different industries.

“The capital required will be huge,” he told CNBC. “We realize that we do need to raise billions of funding over the next years to accelerate here, otherwise it’s just going to be too slow to move on our mission.

The bump in Bolt’s market value is a boon to early backers like German automaker Daimler and Swedish venture capital firm Creandum. The company also counts the World Bank and the European Investment Bank as investors.

Like other ride-hailing companies, Bolt was hit with a severe drop in revenues early in the Covid-19 pandemic. It has rapidly grown in recent months as several countries have emerged from lockdowns, and now has more than 75 million users in 45 countries across Europe and Africa.

However, Bolt now faces another source of uncertainty in the U.K. after the country’s Supreme Court ruled Uber drivers should be treated as workers entitled to benefits like a minimum wage and holiday pay. The case sets a precedent for competing ride-hailing services such as Bolt, Ola and Free Now, which operate a similar business model to Uber.

Uber subsequently reclassified all 70,000 of its U.K. drivers as workers, rather than independent contractors, and is now calling on other operators to do the same.

“It just doesn’t make sense drivers are taking a trip with us in which they are entitled as workers to holiday pay and pensions, and five minutes later because many drivers are multi-app they’re taking a separate trip where they’re not eligible for benefits,” Jamie Heywood, Uber’s regional general manager of Northern and Eastern Europe, told CNBC.

For its part, Bolt has suggested it has no plans to change its driver arrangements.

“We’re in talks with all the drivers and regulators on what’s the best path in every country,” Villig said. “What we want to provide and what most of these drivers and couriers value the most is independence and freedom.”

“We see the best way to cater to that is to have the best independent contractor model in the world,” he added, noting there were a number of “quite stark” differences between Uber’s model and Bolt’s.