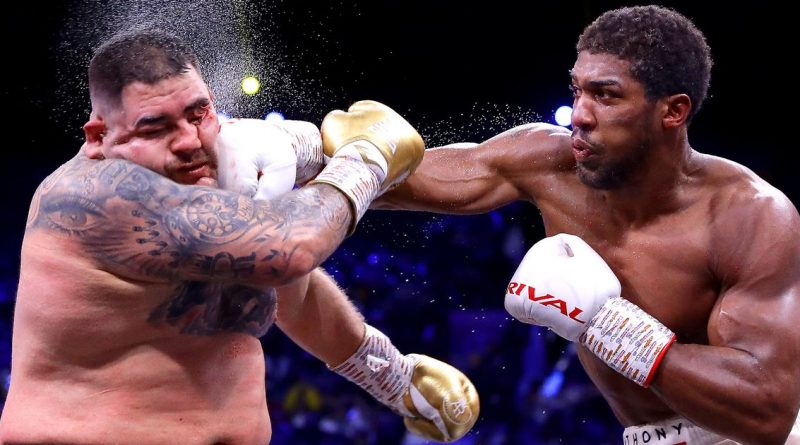 Bob Arum has revealed he is ‘not thrilled’ with Anthony Joshua after making a jibe towards his stoppage defeat to Andy Ruiz back in 2018.

The British heavyweight was victim of a shock stoppage to Ruiz back in 2019 at Madison Square Garden but responded well in the rematch comprehensively outboxing the Mexican to regain his world heavyweight title in ‘Battle of the Dunes’ in Saudi Arabia later in the year.

But Arum believes that Joshua cannot be placed among the ‘elite heavyweights’ and has suggested that no-one will forget him ‘getting off the canvas’ in his only career loss.

“I don’t think much of Joshua, because every time the name Joshua is mentioned, I see him laying on the canvas after getting hit by a non-puncher like Andy Ruiz.

“I’m telling you the truth. I may be underestimating Joshua, but I’m not convinced that Joshua is an elite heavyweight.”

“This is no disrespect to him, Anthony Joshua means next to nothing in the United States with the boxing community.

“So, if Anthony Joshua fought Tyson Fury in the United States, it wouldn’t do nearly as well as Tyson Fury’s upcoming fight with Deontay Wilder.”

Joshua will next face Oleksandr Usyk in a mandatory defence of his unified heavyweight world titles, after Fury was forced to fulfil a contract with Deontay Wilder and hold a trilogy fight this year, leaving Joshua’s promoter Eddie Hearn raging.

The Ukrainian is seen as a very dangerous threat in his latest challenge, and Arum believes Usyk is a real contender at heavyweight but may face ‘a bridge too far’ in his second weight in the blue-ribbon division.


“Usyk is a friend of mine because he is Vasyl Lomachenko’s friend,” Arum told Sky Sports.

“It is against my economic interest, but I will be rooting for him in the fight! I just can’t help myself.

“In ordinary times a guy like Usyk, against a 6’2” heavyweight, has a really good shot.

“But against a massive guy like Joshua? It may be a bridge too far.”

Joshua has reiterated his desire to fight the ‘Gypsy King’ further down the line, and has made it clear he would be willing to ‘drop his belts’ in order to pursue a domestic showdown.

He was also offered a promotion deal worth £10 million to step away from current promoter Hearn just before he won his first world title, but opted against this due to his strong relationship with the Matchroom Boxing promoter.

Hearn has also engaged in an ongoing exchange of words with Arum since the undisputed deal collapsed earlier in the year, and has labelled the American’s most recent comments ‘b*******’ after the Top Rank promoter said the pair owe an undisputed fight ‘to the fans’.