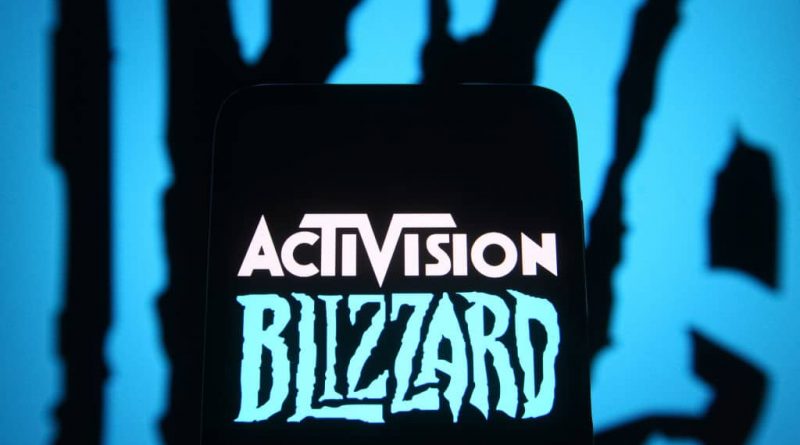 A woman seeking a job at Activision Blizzard claims that she was asked at a job fair if she “liked being penetrated”.

Emily Mitchell, a security researcher, spoke to Waypoint about the incident from 2015.

She was attending the Black Hat cybersecurity conference in Las Vegas where Blizzard had a recruitment booth.

A fan of PC games, especially Blizzard’s Diablo, she says that she approached the table and asked about the penetration testing position. Penetration testing, or pentesting, is an industry term for a security audit.

However, the Blizzard employees chose to ridicule Mitchell, asking if she was lost, if she was attending with a boyfriend, and if she even knew what pentesting was.

“One of them asked me when was the last time I was personally penetrated, if I liked being penetrated, and how often I got penetrated,” Mitchell told Waypoint. “I was furious and felt humiliated so I took the free swag and left.”

Mitchell didn’t report the incident to the conference organisers in 2015: “I didn’t feel comfortable saying anything to anyone at the time because I was a single mom who needed a job, and I didn’t want to do anything that may have jeopardized my chances of landing a new job.”

Two years later, Blizzard contacted the company Sagitta HPC to hire them for security work. Mitchell, it turns out, was the company’s Chief Operating Officer at the time.

Mitchell then shared the conference incident with CEO and founder of Sagitta HPC Jeremi Gosney, who wrote an email to Blizzard in response outlining the incident.

“As you can imagine, this was a tremendously upsetting and infuriating experience for her. And yet when she shared her experience with other women at the conference, she found that she wasn’t alone – many others had received the same treatment from the Blizzard recruitment booth as well,” he wrote.

Gosney offered to work with Blizzard but under a number of conditions, including a 50 per cent misogyny tax to be donated to charities.

Blizzard responded by requesting to speak with Mitchell directly.

“They made it clear that they were not interested in agreeing to any of our terms, just a lot of empty promises that they were taking the report ‘seriously,’ that it would be investigated internally, and assured me that they do conduct sexual harassment training,” she said.

“Ultimately it felt like they were more interested in gauging their own legal exposure and placating me.”

Mitchell reported the incident to Black Hat organisers in 2017, who promised they would not allow Blizzard back as a sponsor.

Black Hat responded to Waypoint with a statement.

“We take allegations of misconduct at our events very seriously. While we can’t comment on any investigations of reported incidents, we can say every event participant agrees to abide by our code of conduct when they agree to participate in Black Hat, from vendors, to sponsors, to attendees and staff,” it reads.

“Anybody who does not comply with our rules will be asked to leave and will be removed from participation in future Black Hat events.”

Mitchell’s story is the latest to surface following a lawsuit against Diablo, World of Warcraft and Overwatch developer Activision Blizzard by the California Department of Fair Employment and Housing for its “frat boy” culture of sexual harassment.