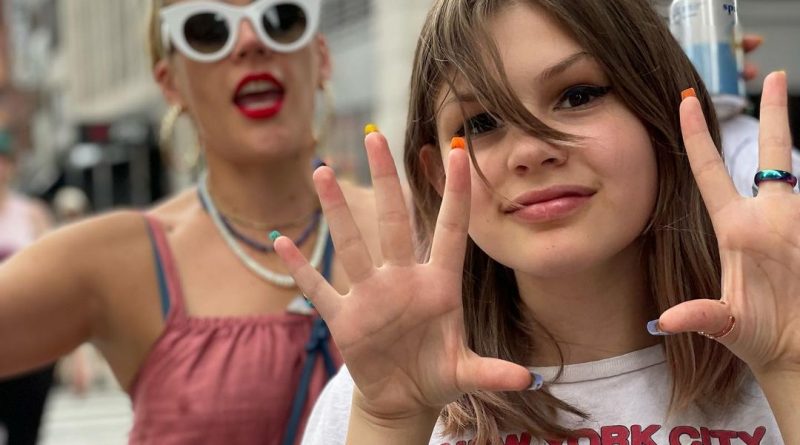 Birdie Silverstein, Busy Philipps’ non-binary child, is set to star in a new Amazon Prime series from One Day at a Time creator Gloria Calderón Kellett.

The 12-year-old will play a recurring non-binary character on the upcoming festive romantic comedy series With Love, planned for release during the 2021 holiday season.

Calderón Kellett did not reveal any more details about the role, but tweeted: “More casting news. I first met Birdie when they were a baby. It is thrilling that I now get to have them on my little show.”

Philipps shared on Instagram that Birdie told her they had “binged” the sitcom One Day at a Time, and “and how not ONLY was there a kid like them as A MAIN CHARACTER, but also the show WAS GETTING IT RIGHT”.

She continued: “I’m BEYOND thrilled that Gloria’s new show will be Birdie’s first professional acting job… I know Birdie will be taken care of and get to be a part of a show that comes from someone who not only has known Birdie since they were a baby, but also someone I’ve admired since I was basically one.”

As well as Birdie Silverstein, With Love is set to be full of LGBT+ talent and characters.

The series will follow the Diaz siblings – Jorge, played by LGBT+ activist and Ugly Betty star Mark Indelicato, and Lily, played by Emeraude Toubia –  who are on a mission to find love and purpose during the holiday season.

Crazy Ex-Girlfriend star Vincent Rodriguez III will play Jorge’s boyfriend Henry and the first boy the gay teen has ever brought home to meet his family.

Trans actor and model Isis King has been cast as Sol Perez, a trans non-binary oncology resident and Lily and Jorge’s cousin, who becomes romantically involved with a handsome co-worker.