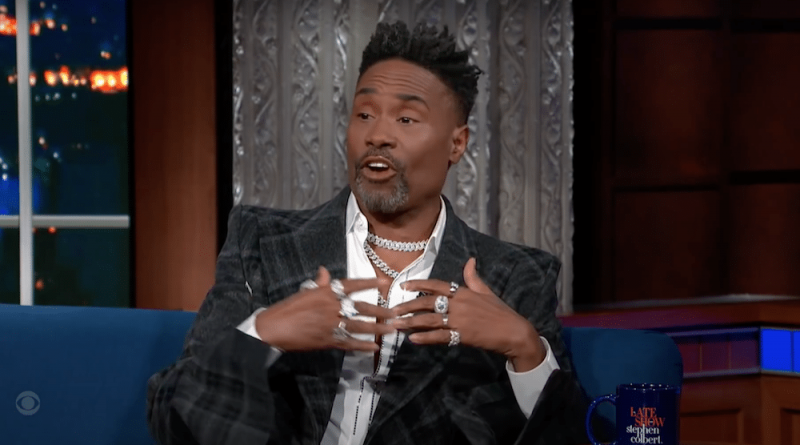 Billy Porter has apologised for his criticism of Harry Styles’ Vogue cover, explaining: “This is not about you… it’s about the systems of oppression.”

Last month, Porter called out American Vogue featuring Styles as its first male to wear a dress on its front cover, insisting that the young singer hadn’t put in the work.

“I was the first one doing it and now everybody is doing it,” he told The Sunday Times. “I created the conversation and yet Vogue still put Harry Styles, a straight white man, in a dress on their cover for the first time.”

The 52-year-old Pose star faced intense backlash for claiming that he, a cisgender man, “created the conversation” about non-binary fashion.

Billy Porter thinking he, a cisgender male, created the conversation about non-binary fashion is BIPOC trans erasure at its finest. And he even starred in a tv show ABOUT BIPOC trans people in the vogue scene. Pathetic. https://t.co/11jtMTW1E6

But in an appearance on The Late Show with Stephen Colbert on Friday (6 November), Porter apologised to Styles.

He said: “The first thing I wanna say is, Harry Styles, I apologise to you for having your name in my mouth. It’s not about you. The conversation is not about you.

“The conversation is actually deeper than that. It is about the systems of oppression and erasure of people of colour who contribute to the culture.”

Billy Porter said his comments received so much attention because it was a “slow news day”, and told the media to “call a bitch” if they wanted to have a “real conversation” about the topic, “sans the dragging and cancel culture of the internet because I do not now, nor will I ever, adjudicate my life or humanity in sound bites on social media”.

Despite his own reaction to the Vogue cover, Porter said that there were “so many other things that are important on this Earth to be talking about”, and that the discussion was “weird”.