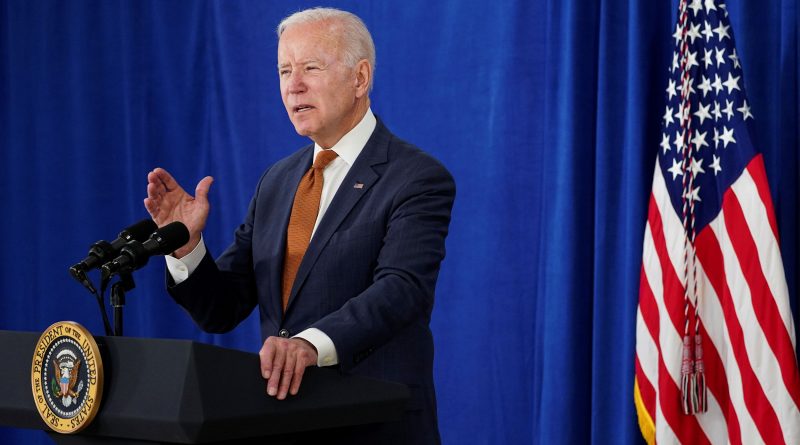 WASHINGTON – President Joe Biden will mark the end of America’s long war in Afghanistan in an address to the U.S. public on Tuesday, after the military completed an evacuation mission that airlifted tens of thousands of people to safety from the Taliban, but turned deadly when terrorists killed several U.S. service members and many Afghan civilians.

Biden’s speech, which is scheduled for 2:45 p.m. ET, comes just 11 days before the 20th anniversary of the Sept. 11, 2001 terrorist attacks that precipitated the U.S intervention in Afghanistan.

The Taliban, ousted from power by the U.S. shortly after the 9/11 attacks, now control nearly all of the country.

The departure of U.S. forces came on the heels of a colossal 17-day humanitarian evacuation of 123,000 people desperate to flee Taliban rule. Of the total number of evacuees airlifted out of Kabul, 6,000 were U.S. citizens.

Marine Corps Gen. Frank McKenzie, the four-star commander of the U.S. Central Command, said there were no Americans aboard the final five flights out of Kabul.

“We were not able to bring any Americans out; that activity probably ended about 12 hours before our exit. Although we continue the outreach and would have been prepared to bring them on until the very last minute, but none of them made it to the airport,” McKenzie said Monday via video teleconference in Qatar.

McKenzie, who oversees the U.S. military mission in the region, added that there were no evacuees left at the airfield when the last C-17 took off. All U.S. service members and Afghan troops who helped defend the airport, along with their families, were also airlifted out on Monday, according to the general.

Secretary of State Antony Blinken said during a Monday evening address that fewer than 200 Americans are still seeking evacuation.

“Our commitment to them and to all Americans in Afghanistan and everywhere in the world continues. The protection and welfare of Americans abroad remains the State Department’s most vital and enduring mission,” the nation’s top diplomat said Monday.

“A new chapter of America’s engagement with Afghanistan has begun. It’s one in which we will lead with our diplomacy. The military mission is over. A new diplomatic mission has begun,” Blinken said.

Blinken added that the U.S. had suspended its diplomatic presence in Kabul and will transfer those operations to Doha, Qatar.

‘It is time to end America’s longest war’

During an April address at the White House, Biden called for the withdrawal of U.S. combat troops from Afghanistan by Sept. 11.

The removal of approximately 3,000 American service members coincides with the 20th anniversary of the Sept. 11, 2001, terror attacks which precipitated America’s entry into long wars in the Middle East and Central Asia.

“It is time to end America’s longest war. It is time for American troops to come home,” Biden said in his televised April address from the White House Treaty Room, where former President George W. Bush announced military action against al-Qaeda and the Taliban in October 2001.

“I am now the fourth American president to preside over an American troop presence in Afghanistan. Two Republicans. Two Democrats. I will not pass this responsibility to a fifth,” Biden said, adding that the U.S. mission would be solely dedicated to providing assistance to Afghanistan and supporting diplomacy.

During his address, the president invoked the military service of his own son — Beau Biden, who deployed to Iraq for a year and later died of cancer in 2015. He is the first president in 40 years to have a child serve in the U.S. military and in a war zone.

The president said the U.S. achieved its objectives a decade ago when it killed Osama bin Laden, the leader of al-Qaeda — the terrorist group that launched the Sept. 11 attacks. Since then, the U.S. reasons for remaining in Afghanistan have become unclear as the terrorist threat has dispersed across the globe, Biden said.

“With the terror threat now in many places, keeping thousands of troops grounded and concentrated in just one country, at a cost of billions each year, makes little sense to me, and to our leaders,” Biden said. “We cannot continue the cycle of extending or expanding our military presence in Afghanistan, hoping to create ideal conditions for the withdrawal and expecting a different result.”

U.S. Marines from Charlie 1/1 of the 15th MEU (Marine Expeditionary Unit) fill sandbags around their light mortar position on the frontlines of a U.S. Marine Corps base, near a cardboard sign reminding everyone that Taliban forces could be anywhere and everywhere, in southern Afghanistan December 1, 2001.

Biden added that his decision to withdraw from Afghanistan was coordinated with allies and coalition partners.

NATO Secretary Jens Stoltenberg said from the alliance’s headquarters in Brussels that the “drawdown will be orderly, coordinated and deliberate.”

“We went into Afghanistan together, we have adjusted our posture together and we are united in leaving together,” Stoltenberg said, adding “any Taliban attacks on our troops during this period will be met with a forceful response.”

The NATO mission in Afghanistan was launched after the alliance activated its mutual defense clause — known as Article 5 — for the first time in the wake of the 9/11 attacks.

The U.S. and NATO launched their military campaign in Afghanistan in October 2001, weeks after the attacks of Sept. 11. The Taliban at the time provided sanctuary to al-Qaeda, the terrorist group that planned and carried out the devastating attacks on the World Trade Center and the Pentagon.

Since then, about 2,500 U.S. service members have died in the conflict, which also claimed the lives of more than 100,000 Afghan troops, police personnel and civilians. The wars in Afghanistan, Iraq and Syria have cost U.S. taxpayers more than $1.57 trillion collectively since Sept. 11, 2001, according to a Defense Department report.

Now the Taliban are yet again in power.

Taliban fighters sit over a vehicle on a street in Laghman province on August 15, 2021.

Shortly after his address in April, Biden updated the timeline for the Pentagon’s massive task of removing servicemembers and equipment out of Afghanistan to Aug. 31.

As the U.S. and coalition forces accelerated their exit, the Taliban made swift battlefield advances despite being vastly outnumbered by the Afghan military. In one weekend, the Taliban swiftly seized five provincial Afghan capitals, taking three in one day alone.

The Taliban seized Bagram Air Base on Aug. 15, a development that came less than two months after the U.S. military handed over the once-stalwart airbase to the Afghan National Security and Defense Force.

In 2012, at its peak, Bagram saw more than 100,000 U.S. troops pass through. It was the largest U.S. military installation in Afghanistan.

As the Taliban moved closer to the capital, Afghan President Ashraf Ghani fled the country and Western nations rushed to evacuate embassies amid a deteriorating security situation.

On Aug. 15, the Taliban entered Kabul and seized the presidential palace, marking the collapse of the U.S. and NATO-backed Afghan national government.

“I stand squarely behind my decision. After 20 years I’ve learned the hard way that there was never a good time to withdraw U.S. forces,” Biden said a day after Afghanistan fell to the Taliban.

“American troops cannot and should not be fighting in a war and dying in a war that Afghan forces are not willing to fight for themselves,” Biden said. “We gave them every chance to determine their own future. We could not provide them with the will to fight for that future,” he added.

Biden ordered the deployment of thousands of U.S. troops to Kabul to help evacuate U.S. Embassy staff and secure the perimeter of Hamid Karzai International Airport.

Thousands of Afghans rushed to the tarmac at the airport desperate to flee Taliban rule.

Western forces carried out an immense humanitarian evacuation mission of Afghan nationals and third-country civilians, a logistical feat that spanned the globe and was pressed to its limits with looming security threats.

On Aug. 26, a suicide bomber affiliated with ISIS detonated an explosive near the gates of the airport, resulting in the deaths of 13 U.S. service members and more than 100 Afghans.

The Pentagon on Saturday released the names of the 13 U.S. service members killed in the suicide bomb attack at Kabul’s airport. The attack, which is under investigation, killed 11 Marines, one Navy sailor and one Army soldier.

On Sunday, the president and first lady Jill Biden traveled to Dover Air Force Base to meet privately with the families of the fallen before observing the dignified transfer of American flag-draped caskets from a C-17 military cargo plane to a vehicle.

A dignified transfer is a solemn process in which the remains of fallen service members are carried from an aircraft to a waiting vehicle. It is conducted for every U.S. service member killed in action.

The remains of the service members were flown from Kabul to Kuwait and then to Germany before arriving at Dover.

Sunday marked the first time Biden has attended a dignified transfer since he became president.

Secretary of Defense Lloyd Austin and Chairman of the Joint Chiefs of Staff Mark Milley also attended the dignified transfer, along with the service chiefs from the U.S. Marine Corps, Army and Navy.