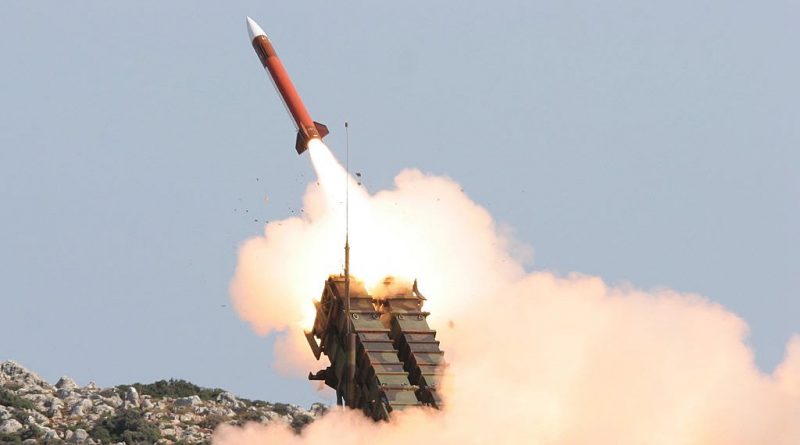 
The Biden Administration deepened its involvement in the Ukraine conflict Tuesday by inviting up to 100 Ukrainian troops to the U.S. for weapons training on the Patriot missile defense system.

U.S. Defense Department spokesman Brigadier General Pat Ryder said the Ukrainians will head to Fort Sill in Oklahoma as soon as next week to begin the months-long course to learn how to run a Patriot battery, which can shoot down attack planes, cruise missiles, and some ballistic missiles before they slam into targets.

Until now, Kyiv has only allowed its forces to leave the battlefield for short-term training on complex weapon systems at European bases under the instructions of U.S. and North Atlantic Treaty Organization (NATO) troops. But unlike other complex systems sent to Ukraine, such as the High Mobility Artillery Rocket System (HIMARS), Patriots require intensive, hands-on training outside Europe. Ukraine’s decision to send troops overseas—for training that normally takes a year—underscores its military’s need for the Patriots in its fight against Russia as well as the Pentagon’s long-term commitment to the war.

“The training will prepare approximately 90 to 100 Ukrainian soldiers to operate, maintain, and sustain the defensive system over a training course expected to last several months,” Ryder told reporters at the Pentagon. “Once fielded, the Patriot will contribute to Ukraine’s air defense capabilities, and provide another capability to Ukrainian people to defend themselves against Russia’s ongoing aerial assaults.”

The surface-to-air guided missile defense system consists of eight launchers, each loaded with up to four interceptors, mounted atop a truck along with ground radar, a control station, and a generator. It takes about 100 troops to operate one Patriot battery—roughly the number headed to Fort Sill.

In December, the U.S. committed to sending a Patriot battery to Ukraine as part of a $1.85 billion military assistance package, which was praised by Ukrainian President Volodymyr Zelensky during his U.S. visit that month. Once the first Patriot system is operational, “We will send another signal to President Biden that we would like to get more Patriots,” Zelensky said during his trip.

The U.S. Army currently has 16 Patriot battalions and the training school is located at Fort Sill. “So (the Ukrainian trainees) will be falling in on an existing capability,” Ryder said, adding that there is no plan to train additional forces beyond the initial 100, “but that will be a part of an ongoing discussion with Ukraine.” Training will take several months but the U.S. aims to expedite the training course so the system can be promptly activated over Ukraine.

“It is the sort of necessary, serious, rigorous, sustained training this system requires,” says Michael O’Hanlon, a military analyst at the nonpartisan Brookings Institution in Washington. “The decision shows we are committed.”

The Kremlin has noticed. Speaking with reporters before the announcement on Thursday, Russian Foreign Ministry spokeswoman Maria Zakharova accused the U.S. of dangerously escalating the war by providing the Patriot battery. “Such a step… would lead to an escalation of the conflict and increase the risk of direct involvement of the American army in hostilities,” she said.

The U.S. military has deployed Patriot batteries to hotspots and war zones for three decades, including the Persian Gulf War in 1991 when the system intercepted Iraqi Scud missiles streaking toward Israel. Its success shooting down missiles and aircraft from hundreds of miles away has generated foreign sales to NATO allies, Saudi Arabia, United Arab Emirates, and others.

Ukraine now faces an array of artillery, missiles, and drones in the latest phases of the nearly 11-month war. Along with the U.S., Germany pledged a Patriot battery last week, which is intended to complement several air defense systems that have been committed to Ukraine by foreign partners.