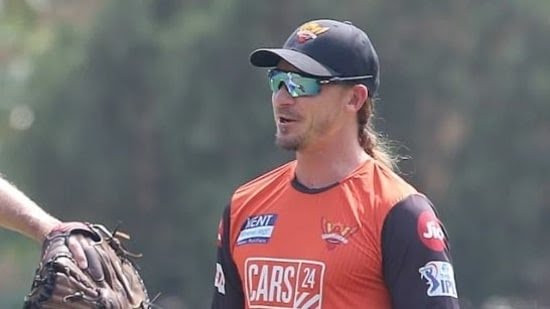 
Bhuvneshwar Kumar is still a reliable performer at the age of 32. He may not be a certain starter in India’s playing XI, but the right-arm bowler demonstrated on Sunday why he should not be dismissed just yet. Bhuvneshwar delivered fantastic figures of 4/13 from 4 overs against South Africa at Cuttack. It was the old Bhuvi, swinging the new ball brutally and unsettling the batsmen.

However, not long ago, there were questions about Bhuvneshwar’s physical condition and fitness. Bhuvneshwar’s pace slowed in the IPL 2022 while playing for Sunrisers Hyderabad, but he showed glimpses of development. In fact, SRH bowling coach, Dale Steyn shared an interesting conversation he had with Bhuvneshwar during the season, which convinced the SA veteran that the India quick still had plenty of fire in his belly.

“I worked with him during the IPL. I asked him ‘Have you got any goals this IPL?’, and he secretly said to me, ‘Yeah, I would like to win the Purple Cap again’. And I was like… this is fantastic. Just shows you that this guy is determined and he wants to play and prove something,” Steyn told ESPNCricinfo.

With less than four months till the T20 World Cup, Steyn believes Bhuvneshwar will be cleared to travel to Australia with the rest of the team. With the likes of Jasprit Bumrah, Mohammad Shami, and Harshal Patel all but guaranteed to make it, Bhuvneshwar might be India’s surprise package in Australia, where he has a strong track record.

“Not just to India but to the world that he is very much a force to reckon with. And I think that extends to what could potentially go and happen for him later this year. He could really get a nod to go to the World Cup. He understands his game, knows when to train, knows his skills and he has got these little goals which he didn’t need to tell anybody,” added Steyn.

Also Read: IND vs SA: Bhuvneshwar Kumar Shows His Experience And Confidence Gained By Playing For So Long – Wasim Jaffer