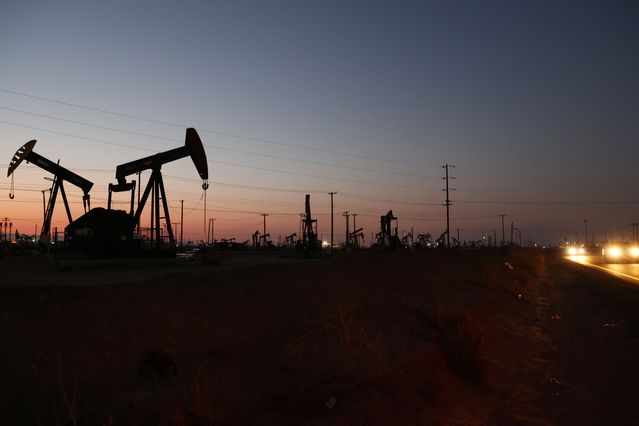 
To say investors are bullish on oil again would be an understatement. In a year that has begun with serious uncertainty—largely about the path of interest rates and tech stocks — a positive call on oil is as close to a consensus opinion as it gets.

In fact, traders are making bets again that U.S. oil prices will rise above $100. It would take a major surge to get there. West Texas Intermediate (WTI) crude futures, the U.S. benchmark, were down 0.2% on Monday to $78.72 per barrel.

“We have yet to encounter a market bear this year, whether on the commodity side, equity investor or with corporate clients,” wrote RBC Capital Markets analyst Michael Tran in a note on Sunday.

There are several reasons for the resurgent bullishness. For one thing, oil prices and stocks have proven resilient over the past year. Unlike in previous years, producers have stayed disciplined, choosing not to ramp up drilling to take advantage of higher prices.

That outperformance, and a general sense that the energy transition will take time, has made “old energy” stocks “relevant again,” Bank of America analyst Doug Leggate wrote on Monday. He expects the stocks to regain their 5% weight in the S&P 500, down from a double-digit weighting more than a decade ago, but up from their 2% weighting at their lows in 2020.

The sector is starting the year off in good shape. The

And while the oil market faces both bullish and bearish risks, the bullish ones are more apparent today.

For instance, several geopolitical risks could force prices higher. Russia’s military buildup on the Ukraine border has major implications for oil and gas prices. If Russia invades, oil prices would almost certainly spike as countries around the world impose punitive sanctions on the country. Tran calls it “a buy now, ask questions later type of event risk for the oil market” and expects that an invasion would force average oil prices up $6.40 a barrel in the second quarter.

Production and exports are at risk in other countries also. Libyan production has declined recently after infrastructure was damaged. And it’s not clear if the U.S. and Iran will come to an agreement on a new nuclear deal and lift sanctions for oil exports. Analysts had been optimistic about a deal last year, but hopes have faded as talks stalled.

In general, there is increasing anxiety that supply is growing too slowly, and that OPEC doesn’t have enough spare capacity to send throughout the world if demand starts to exceed prepandemic levels. Tran doesn’t think OPEC and its allies (known as OPEC+) have been adding supply as quickly as the group had projected.

“OPEC+ remain steadfast in adding 400 kb/d back to the market each month, but our data suggests that monthly additions tally closer to 250 kb/d,” Tran wrote. “This amalgamates to 14 million missing barrels last quarter that were penciled into balances that have simply not shown up.”

More evidence of a supply shortfall would be extremely bullish for oil prices. The more that countries have to compete for every barrel of exports, the higher prices could go.

Write to Avi Salzman at avi.salzman@barrons.com