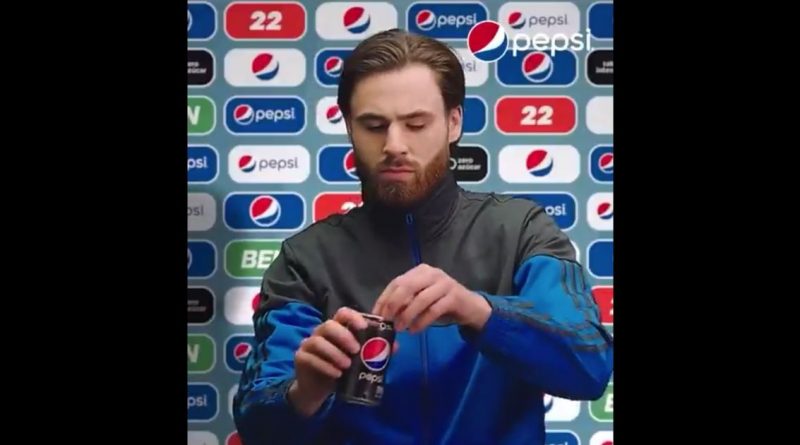 It’s been a whirlwind few months for Ben Brereton.

The Blackburn Rovers striker enjoyed a surprise call-up to Chile’s national side at the end of last season.

Despite being born in Stoke, Brereton’s mother is from the South American country – and that prompted a shock call-up.

He impressed enough to get a place in La Roja’s squad for the Copa America. And he even went one better, scoring his first-ever international goal in a win against Bolivia.

Now, with his popularity soaring, he has followed in the footsteps of global icons David Beckham and Lionel Messi by starring in a Pepsi advert.

The soft drink giants chose Brereton, 22, to front the promotional video in Chile – and it’s gone down a storm on social media.

In the 45-second clip he is shown leaving the UK and boarding a flight to Chile where he is met with a favourable reaction, with a can of Pepsi never far away.

Brereton even dishes out a bit of Spanish despite recently claiming he was still very in the early stages of learning it.

Before the Copa America, Brereton said: “I have been learning keywords. They also provided me with the basic football words, and my understanding with my team-mates has been very good.

“Everyone has received me very well, both players and coaching staff.

“Obviously, I have talked more with (Watford defender) Francisco Sierralta, who speaks very good English and plays in the same division as me.

“I have also spoken a lot with (Monterrey defender) Sebastian Vegas, because I was with him the first night, and he also speaks very good English, but, in general, I have got along well with everyone.”

Brereton will be targeting further call-ups for Chile’s next batch of games in September – the World Cup qualifying double-header against Brazil and Colombia.

He made his first appearance since returning to Blackburn in last night’s friendly 1-1 draw with Leeds.