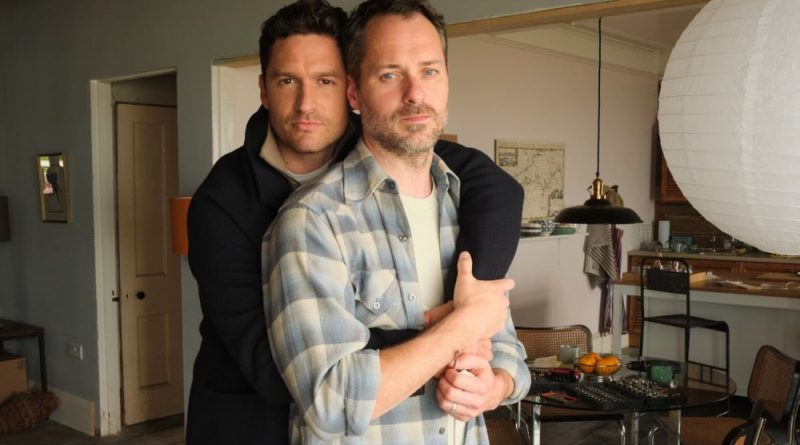 A new ITV crime drama, The Long Call, will be the first to feature a gay, male detective as its lead.

The series is based on the novel of the same name by Ann Cleeves, which was published last year, and is led by actor Ben Aldridge, who came out as a member of the LGBT+ community in June 2020.

Aldridge previously appeared in the critically acclaimed TV series from Phoebe Waller-Bridge, Fleabag, and was the winner of the TV Award at the 2021 Virgin Atlantic Attitude Awards. He is also known for playing Batman’s father Thomas Wayne in the hit show Pennyworth.

Now he will star as detective Matthew Venn, who returns to a small community in North Devon with his husband Jonathan (played by Declan Bennett).

The character originally grew up in the strict evangelical community of Barum Brethren, but decided to move away at 19 to go to university, culminating in both his family and his old church turning their backs on him.

Venn returns after for his father’s funeral and is put straight to work as a body is found on the beach near his former home, forcing him to readdress broken relationships and come to terms with a painful past while hunting the killer.

Pearl Mackie (Doctor Who) plays Venn’s colleague DC Jen Rafferty, a single mother who has escaped a traumatic past in London by moving to Devon.

Then there’s the hugely popular TV series, Killing Eve, which saw its leads, Eve (Sandra Oh) and Villanelle (Jodie Comer) admit to romantic feelings and share a kiss in the season three finale, after previously garnering accusations of queerbaiting in 2019.

In contrast, gay male detectives have been largely absent from British television, making Aldridge’s upcoming performance a significant step. “As [it was] the UK’s first male gay detective on primetime I was resolute that we should cast a gay actor,” said series director Lee Haven Jones on his move to cast Aldridge.

Aldridge previously told ITV: “I’m delighted to be playing Matthew Venn, a brilliantly unorthodox detective who audiences will see solving a gripping and intricate case, while simultaneously surmounting a deeper, more personal mystery within himself.”

Aldridge went on to call the series a “poignant and complex journey of self-discovery and sexual and religious identity, which navigates the tension between pride and shame.”

The Long Call will premiere on ITV Monday (25 October) at 9pm.