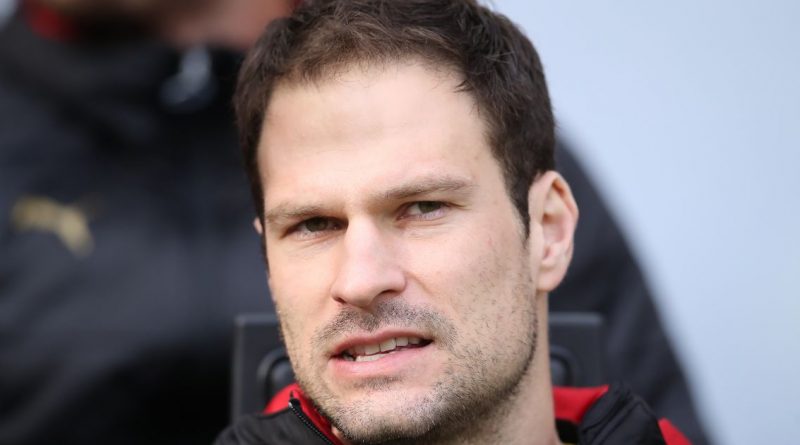 From fleeing war-torn Bosnia at the age of four to a 22-month transfer wrangle over his failed move to Tottenham, Asmir Begovic will be hoping for calmer times at Everton

Who could your club sign on a free transfer this summer?

If there was one word Asmir Begovic could use to describe his football career so far, “chaotic” would be an appropriate term.

And as far as he was concerned, Everton ’s friendly fixture against Colombian outfit Millionarios would be no different.

The teams met in the Florida Cup as part of their pre-season preparations. With the scores level at 1-1 after 90 minutes, Begovic was tasked with keeping out efforts from 12 yards.

And when it was his turn to score, he came up trumps before making a stop against his opposite number as Everton won 10-9 on penalties.

The new signing had only joined the Toffees earlier in July following his release by Bournemouth, but it seems he is already providing Jordan Pickford with some much-needed competition after the England international returned to training this week.

A footballer’s path to the very top level of the game is rarely straightforward but Begovic has experienced his fair share of bumps and bruises on this rocky ride.

Begovic was only four years of age when he fled war-torn Bosnia to live in Germany. Six years later, he headed to Canada and began playing for his local youth team in Edmonton.

Arriving as a 16-year-old at Fratton Park in 2003, he spent years developing his craft as a goalkeeper at La Louviere in Belgium as he worked to get a work permit.

Loan spells at Macclesfield, Bournemouth, Yeovil and Ipswich followed before he was given a chance to impress at Pompey during the 2009-10 season under Harry Redknapp.

But such were Portsmouth’s financial troubles, the club fell into administration and were desperate to raise funds by selling their players.

Tottenham were one of the clubs to seize upon the opportunity, offering £1million for Younes Kaboul and Begovic, but the latter was reluctant to go and did not turn up at his medical.

“It was a Thursday, we were having a team lunch, when I received a phone call telling me a bid had been accepted for myself and Younes Kaboul from Spurs,” Begovic told The Portsmouth News.

“My medical was the following morning. I had to pack a bag and head up to London to stay in a hotel that evening. All I could say was “OK”. It happened incredibly fast.

“I was leaving Pompey, I didn’t have a choice. But I made sure I had a say in where my next step took me. It was vital I made the right decision.

“I chose Stoke instead.”


Stoke had entered the running with a £3.25m bid, which was far more appealing to cash-strapped Portsmouth. Begovic signed a four-year deal with the Premier League side in February 2010 and immediately became their first-choice goalkeeper.

Tottenham were left furious. They had paid the £1m fee up front as Portsmouth were in serious financial trouble which would secure the double signing of Kaboul and Begovic, but the latter’s desire to move to Stoke complicated the agreement.

With the South Coast unable to repay the fee to Spurs, it took another 22 months before the two parties reached an undisclosed settlement in front of a Premier League arbitration panel in November 2011.

It was at Stoke where Begovic fully flourished and he quickly developed a reputation as one of the Premier League’s most reliable shot-stoppers, as well as playing a key role in helping Bosnia qualify for their first-ever World Cup in 2014.

He even joined the exclusive club of goalkeepers which includes Paul Robinson, Kasper Schmeichel and Alisson Becker in scoring a Premier League goal after his 91.9-metre effort against Southampton — officially listed as a Guinness World Record — back in November 2013.

His performances had caught the eye of Jose Mourinho, who had reluctantly allowed legendary goalkeeper Petr Cech to join Arsenal in search of regular football. The Portuguese needed a capable deputy to challenge Thibaut Courtois for the No.1 jersey — and Begovic fitted the bill.


After 172 appearances with the Potters, Chelsea paid £8m to sign Begovic from Stoke and it marked a huge step in the Bosnian’s career. The Blues had just become Premier League champions for the fourth time and to compete with Courtois for game time proved too good to turn down.

As it happened, he could not have joined at a worse time. The west London outfit experienced a tumultuous period on the pitch and Mourinho was sacked in December 2015, with the club languishing in 16th place as late as December.

Courtois’ poor form in goal meant Begovic was given ample opportunities to prove his worth to the club but he let in 24 goals in his 17 appearances, with only four clean sheets coming in that time. In truth, the defence in front of him was just as culpable for those goals conceded.

When Antonio Conte arrived, Begovic was hardly given a sniff and started just two games in the 2016-17 campaign. It was at that point he decided to head back to the South Coast with Bournemouth where he was assured of first-choice status.

But he still looks back on his time with Chelsea with pride and recalls being part of the side that won the domestic title under Conte in his final season at the club.

“Chelsea was a fantastic experience, a huge club in global terms. We won the league title, I played in the Champions League,” Begovic told The Sport Despatch in November last year.

“On the other hand, what I most like about Bournemouth is the fact that this is a family club, a huge part of the community and it is a real pleasure to be part of that”.

Having featured as their main stopper in between the sticks for the next two seasons, Begovic made a surprise move to Azerbaijan champions FK Qarabag on a season-long loan. However, he cut his loan short in January to head to AC Milan as cover for Gianluigi Donnarumma.

From Bournemouth to Milan via Azerbaijan, it represented quite a culture shock for the Bosnian — but one that he savoured.

“Football is the same everywhere, but there are some differences in the organisation, the mentality, the culture of football”, he said.

“Obviously, playing for Premier League clubs means the top level of organisation, and the same experience was playing for AC Milan, one of the biggest clubs in the world”.

“Azerbaijan was great in a different way because I did not know much about their football, but the game is developing fast there, and I really enjoyed to be part of that development”.

After Bournemouth sold Aaron Ramsdale to Sheffield United following their relegation to the Championship, Begovic was back in the fold, featuring in all but one of their games in the 2020-21 season.

He had proved his worth, at least in the eyes of new Everton boss Rafa Benitez, at the age of 34 and earned a two-year deal at Goodison Park.

Now he is back in the Premier League and ready to challenge Pickford, don’t expect the turbulent nature of Begovic’s career to calm down anytime soon.