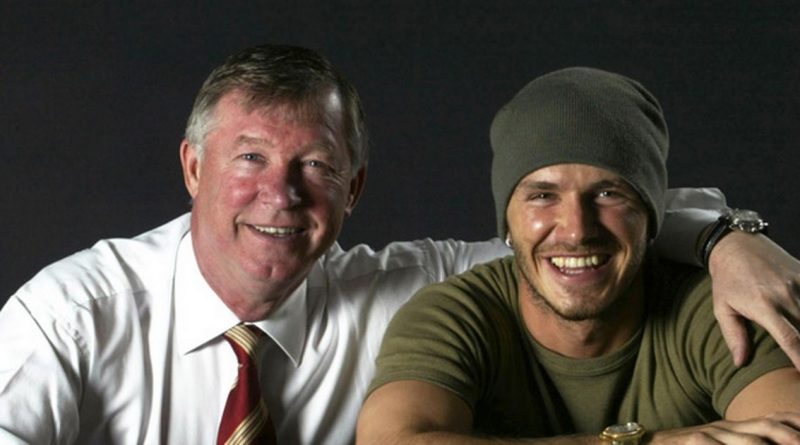 
EXCLUSIVE David Beckham was famed for his hair styles but one went too far with Sir Alex Ferguson at man Utd, while the England legend has set the record straight on the infamous cut eye incident

David Beckham was ordered by Sir Alex Ferguson to shave off his mohawk hairstyle in the tunnel at Wembley minutes before Manchester United played Chelsea.

Fergie was never a fan of Beckham’s coiffure variants – and when the former England midfielder went for a mohawk, he hid it under a beanie hat because he was too scared to let his United manager see it.

Finally, ‘Goldenballs’ unveiled his new barnet in the Wembley dressing room – and Ferguson hit the roof.

Beckham said: “I have said many times before that the boss wasn’t just the greatest and best manager I ever played under – he was also a father figure to me from the moment I arrived at Manchester United at the age of 11 until the day I left.

“The fear of the hairdryer was one of the reasons we all played well. He was also a manager you wanted to do well for, although there were times when I thought he went a bit too far, which caused a few issues.

“Before the 2000 Charity Shield at Wembley against Chelsea I decided to have a change of hairstyle. I went for a mohawk, which I knew wouldn’t be to his taste.

“In the end, I was too scared to let him see it, so the day before the game I went into training with a beanie hat on, trained in the beanie, walked back into the hotel with the beanie on, kept it on during dinner and the next morning’s breakfast.

“And I still had it on when we made the coach journey to Wembley.

“Of course the moment was arriving in the dressing room when I would have to reveal my new hairstyle, which I knew would send him into a frenzy.

“Sure enough, within seconds of the unveiling, he yelled at me, ‘Go and shave it off!’ I thought he was joking. ‘No, I’m being serious, now go and shave the ruddy thing off!’

“So off I went to try to find a pair of clippers from somewhere and, just before we’re ready to go out for the warm-up, I was in the Wembley tunnel shaving my mohawk off.”

Three years later, Beckham famously needed stitches in a cut above his eye when he was hit by a flying boot Fergie had angrily kicked across the dressing room after United’s FA Cup defeat by Arsenal.

But Beckham insists it was a freak accident and said: “That was blown up out of all proportion.

“I’d made a couple of mistakes during the game and he came into the dressing room and a few harsh words were exchanged.

“He started to walk over to me and he kicked out at a pile of clothes on the floor. Out came this boot and then I quickly realised how accurate his kick had been as it struck me on the head, but there weren’t any hard feelings.

“It was a complete freak accident. As far as we were concerned. it was forgotten straight away within the club, but the incident made the papers which meant that people started to speculate about our relationship.

“But as far as the boss and I were concerned it was over, done and dusted.”