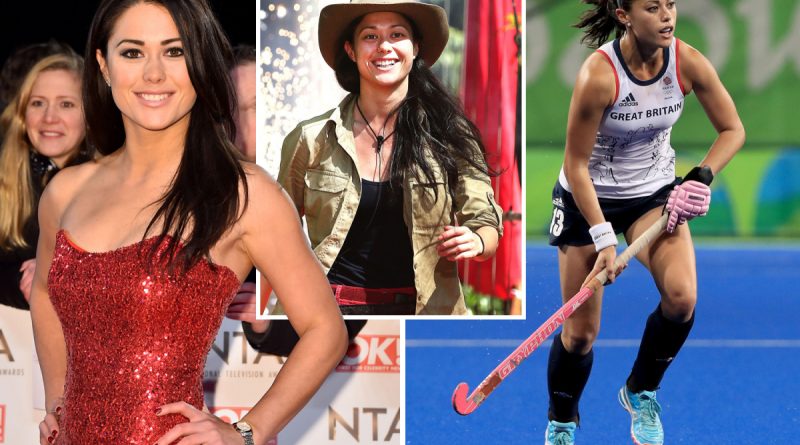 THE BBC’s Olympics Breakfast presenter Sam Quek has proven to be just the host we need to wake up to to deliver gold medal news.

After all, the former field hockey star, 32, knows exactly what it’s like to triumph at the Games.

In Rio 2016, she walked away with gold for Team GB – famously defeating the Netherlands on penalties after a thrilling 3-3 draw.

Since that magical moment, Quek has become a reality TV star – appearing on I’m a Celebrity…Get Me Out of Here! in 2016 and Celebrity Masterchef in 2020.

Famously on I’m a Celebrity, she split her trousers and, of course, wowed fans in the jungle shower.

And earlier this month it was confirmed, the huge Liverpool fan will appear as a captain on long-running quiz show Question of Sport.

SHE EARNED HER QUALIFICATIONS

Quek won her first Great Britain cap at the age of 19, while she was still studying at Leeds Metropolitan University in 2007.

However, she was not selected to play for Team GB at the London Olympics in 2012, who managed bronze on home soil.

In 2014, Quek starred for England in the Champions Trophy in Mendoza, Argentina.

Coming in as captain for Kate Richardson-Walsh, she played through the pain barrier after breaking her ribs in the opening game.

A year later, she was part of the England team that won the European Championships – earning player of the match against reigning world champions Netherlands in the final.

At Rio 2016, with the momentum behind them, Team GB landed gold – again beating rivals Netherlands.

It was the first time the women’s team had won gold at the Olympics.

COULD’VE BEEN A FOOTBALLER

Before a career in field hockey, Quek might’ve been representing Team GB in football, if fate went another way.

She was signed to Tranmere Rovers as a junior, and had to make the difficult choice between football or hockey at 16.

“I played lacrosse, netball and football, but it came to a point where at about 16 I was at the same level with football and hockey and had to choose a path,” she told The Guardian.

“I ended up playing a bit more hockey than football and I was never in the first team at Tranmere, always in the reserves, which was fair enough because there were two trainings a week but I would only go to one.

“I ended up playing a little more hockey and fell in love with it.”

Although she gave up playing footy, she still loves the beautiful game and is a Liverpool supporter.

Her family were friends with Reds legend Ian Rush growing up, so she often get tickets to see games.

On Insta, she’s always keen to share her love for the club – adorning their jersey whenever she can.

After her success in Brazil, it was inevitable reality TV bosses would want her for their shows.

Three months on from Rio 2016, Quek was picked as a contestant on I’m a Celebrity… Get Me Out of Here!

She survived rancid trials, including the Wicked Windmill, in which medics were called to remove a cockroach from her ear.

Not to forget when she set pulses racing using the jungle shower and showing off her bikini bod.

And her calamitous nature also came through when she split her trousers dancing after a Bushtucker Trial.

Even so, her personality won over viewers, and she made it to the final day before finishing fourth.

While on Celebrity Masterchef in 2020 Quek really excelled in the kitchen – showing off a flair for cooking.

She finished in the final three, eventually losing out to author Riyadh Khalaf.

Her reality TV success scored her a modelling gig with Littlewoods, where she showed off their sports range.

With her sporting past, it was a natural fit for Quek to become a TV presenter for sports shows.

She has appeared on The NFL Show, did rugby union for Channel 5 and field hockey for BT Sport.

Somehow, she manages to juggle her professional life with a hectic personal one.

Quek is married to property entrepreneur Tom Mairs, who once appeared on TV show Secret Millionaire and they became parents to daughter Molly back in March.

But Quek has strong opinions on who she doesn’t want Molly to inspired by.

She once said: “Kim Kardashian isn’t a role model, she’s a star. I wouldn’t want my future daughter to be inspired to be like her.

“She’s not the type of positive role model that we need. Why can’t we be known as stars and for our personality as well as our performance?”

After fronting BBC’s Olympics Breakfast, Quek will have a new challenge.

This month it was revealed she will be one of the team captains in a revamped Question of Sport – with Alex Scott as presenter.

The world really is Quek’s oyster from here on in.