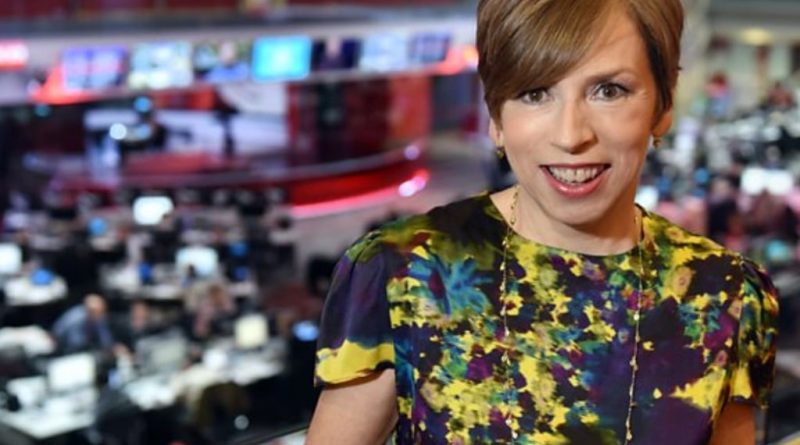 Fran Unsworth, head of news at the BBC. (BBC)

The BBC’s director of news is facing criticism after she reportedly told LGBT+ staff they will have to “get used to hearing views you don’t like”.

Fran Unsworth made her comments in an internal meeting with staff from the broadcaster’s Pride network, according to the Sunday Times.

The meeting was called following weeks of controversy within the BBC surrounding the broadcaster’s handling of LGBT+ issues. In the most recent blow, the BBC announced that it was quitting Stonewall’s workplace diversity scheme.

Unsworth, who is due to leave her position in January, responded to questions during a tense meeting with LGBT+ staff on Friday (12 November) alongside BBC director general Tim Davie.

Responding to the furore, Unsworth told staff that the BBC cannot “walk away from the conversation” around trans rights, a source familiar with the meeting told The Sunday Times.

A source said Unsworth was “totally calm but determined” when making her point.

BBC’s Fran Unsworth was ‘terrible’ in meeting with LGBT+ staff

Meanwhile, a senior source at the BBC told The Guardian‘s Owen Jones that Unsworth was “terrible” in the meeting, adding that there was “no contrition or even acknowledgement” about a recent BBC article that suggested trans women are pressuring lesbians into sex.

Unsworth has faced relentless criticism from LGBT+ people and their allies over her comments. Scott Cuthbertson, manager of Scotland’s Equality Network, characterised her views as “sickening”.

“We hear those words when we’re getting our heads kicked in,” Cuthbertson tweeted. “We’ve heard them in the playground, and the workplace. We were hearing them less. We thought the BBC was safe for us.”

We hear those words when we’re getting our heads kicked in. We’ve heard them in the playground, and the workplace

We were hearing them less. We thought the BBC was safe for us pic.twitter.com/hOgemG1ccP

SNP MP John Nicolson described Unsworth’s comments as “grim”, while countless others shared their dismay and dissatisfaction with her comments.

I grew up respecting BBC News. And now Fran Unsworth – director of News – is reported as saying “Journalism is not a scientific endeavour, it is an artistic endeavour.” If that is her belief then it’s over for BBC journalism. No respectable journalist should aspire to work there.

From the woman who sent helicopters to Cliff Richard’s gaff.
Doubling down on a vile transphobic piece FULL of confirmed lies, ⁦@franunsworth⁩ tells BBC staff: “Get used to hearing views you don’t like.”
Time for a walkout LGBT #BBC https://t.co/LHVvR8nm52

Unsworth’s comments come after a turbulent few weeks for LGBT+ staff at the BBC. There was uproar in October when BBC News published an article titled “We’re being pressured into sex by some trans women”.

The article, which relied in part on a survey of just 80 people conducted by a member of anti-trans pressure group Get The L Out, has been sharply criticised by LGBT+ people and allies and labelled transphobic – complaints the BBC has rejected.

The BBC has also faced backlash over a podcast series created by BBC Radio Ulster host Stephen Nolan, which sought to “investigate” the links between the broadcaster and Stonewall.

Shortly after the heavily criticised podcast series was released, the BBC announced that it was cutting ties with the LGBT+ rights charity over risk of a “perceived bias”, amid ongoing attacks on the charity’s trans-inclusive stance.

The BBC had previously been a member of the charity’s Diversity Champions programme, which helps organisations become more inclusive and welcoming for LGBT+ staff.

A spokesperson for the broadcaster told PinkNews: “The BBC has regular staff meetings and this meeting was constructive and useful.”

A BBC staffer told PinkNews on Thursday (11 November) that it had become clear the broadcaster was not impartial on LGBT+ issues.

“It’s just really sad and disappointing to be working in a major company that has unknowingly staked a claim on one side of this ‘debate’,” the employee said.

“In its attempt to be impartial on this matter, it has been very partial.

“I think we know that there are some very high, very senior people at the BBC who are openly anti-trans who have the ear of senior, senior people,” the staffer added.

“When we see things like the attacks on Stonewall and that trans article, what we’re seeing is the BBC reporting on what we know is anti-trans propaganda conspiracy theories that have been floating around for years.”