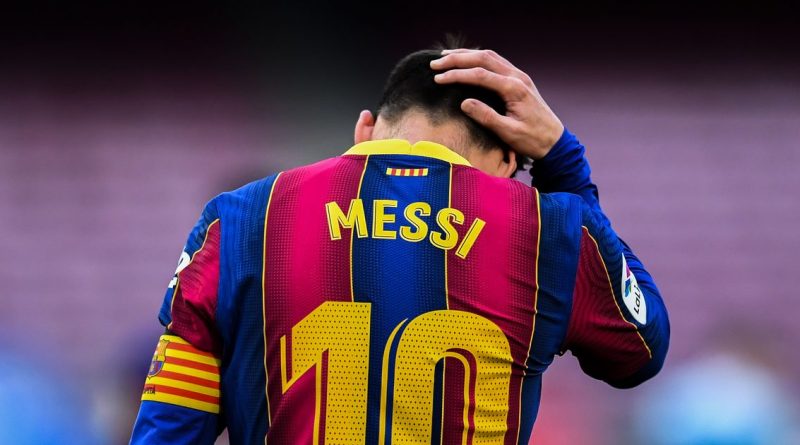 Koeman says Barcelona must move on after Messi exit

Lionel Messi has barely been gone a month, but Barcelona have already replaced the six-time Ballon D’or winner’s iconic number ten shirt and handed it to another talent.

Ansu Fati, at just 18 years of age, has been entrusted to do the shirt justice after Messi was forced to call time on his 21-year stay at the Camp Nou after Barca fell foul of La Liga wage restrictions.

The image of the number 10 on the back of the famous red and blue home shirt is synonymous with Messi’s time at the club, after the Argentine was handed the shirt himself in 2008 following Ronaldinho’s departure.

In the wake of Messi’s departure, there was plenty of speculation as to whether Barca would retire the number altogether given it would be nearly impossible for anyone to recreate the kind of legacy Messi did.

Barca have made a number of high-profile signings this summer in the form of Memphis Depay and Manchester City legend Sergio Aguero, both of whom steered well clear of the number ten.

Memphis took number nine, while Aguero is set to don the number nineteen whenever he is fit enough to make his debut for the Catalan giants.

Eyebrows were raised in the summer when Albanian forward Rey Manaj took on Fati’s number 17 shirt, leaving Fati without a number of his own.

It led to speculation over whether Fati would be rewarded with the vacant number ten, which has since proved to be true.

Fati is viewed by many in the Barcelona hierarchy as the club’s next superstar, bursting on to the scene after emerging from the famed La Masia academy set-up.

Is Fati the right player to hand Barca’s number 10 shirt to? Have your say here.

In 2019, Fati made history as he became the youngest Barcelona player to score in La Liga history, finding the net against Osasuna at just 16 years and 304 days old.

The decision to hand him the number ten could also be seen as a reward for his loyalty, while other Barca stars have left the club since Messi made the switch to Paris Saint-Germain last month.

Ilaix Moriba was viewed as another teen sensation set to take La Liga by storm, before he rejected a contract extension with Barca to join Bundesliga outfit RB Leipzig shortly before the transfer window closed.