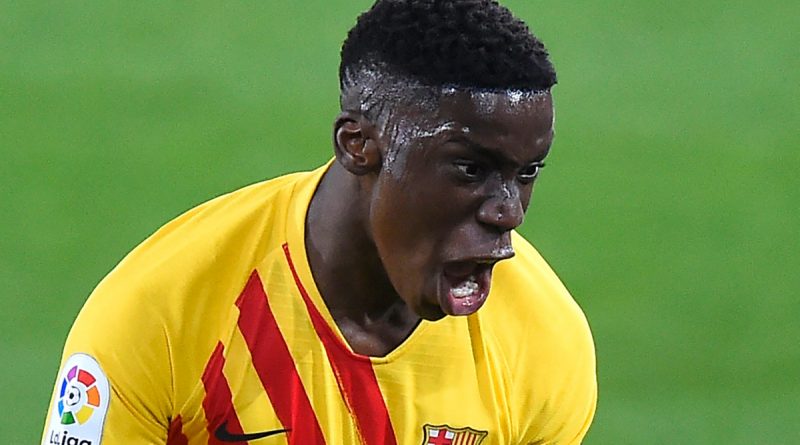 
BARCELONA president Joan Laporta has revealed the club are willing to part company with Ilaix Moriba.

Moriba’s representatives are currently in talks with the La Liga giants over a new contract at the Nou Camp.

But according to reports, the 18-year-old’s reps have made a series of outrageous demands to the club – who are still in dire financial straits.

Barca are eager to retain the Guinean-born Spaniard’s services, but Laporta insists the club won’t be held to ransom.

He said: “We will try to make sure that his case is not repeated anymore.

“He has one year left on his contract and does not want to accept the club’s conditions.

“We do not accept that and we want to send a message to the team.

If he wants to go and it’s because he has other options, he can leave the club

“He’s a player we’ve given opportunities, but the club is above all. I would like you [Moriba] to think again.

“We cannot allow him to be promoted and then leave. We won’t accept that with any player.

“If he wants to go and it’s because he has other options, he can leave the club”.

Laporta’s comments will be music to the ears of Premier League big boys Chelsea.

The Blues, who have only made one signing this summer, are reportedly interested in bringing Moriba to Stamford Bridge.

And Barca’s willingness to offload the midfielder could see them acquire his services for a reasonable fee.

A further 13 appearances in all competitions followed for the youngster, who found the back of the net against Osasuna in March.

Barcelona will begin their La Liga campaign a week on Sunday, welcoming Real Sociedad to the Nou Camp.