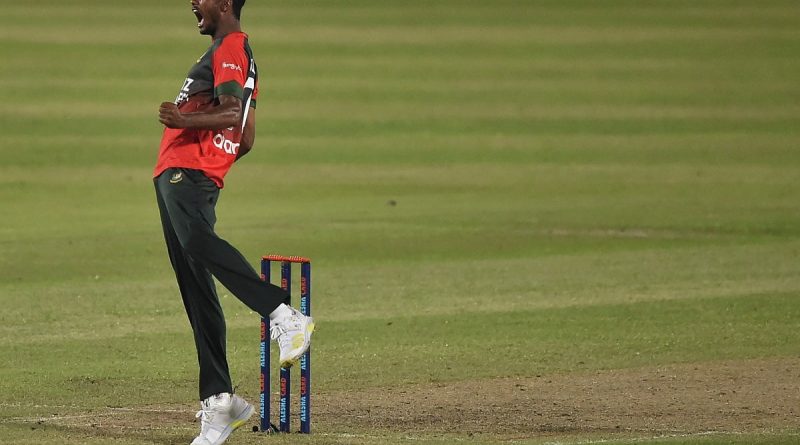 
Bangladesh pacer Shoriful Islam has been ruled out of the upcoming Test series against Sri Lanka, after suffering an injury during Bangladesh’s first innings.

According to a BCB press release issued later today, an X-ray revealed a fracture that might keep him out of play for four to five weeks.

Shoriful was bowled out on the gloves of his right hand by bowler Kasun Rajitha yesterday. As a result of the injury, Bangladesh had to declare their innings at 465. Vishwa Fernando was replaced by Rajitha, who had four wickets in the first innings. Fernando was struck in the head by a Shoriful delivery on the second day of the first Test, prompting his substitution as a precaution.

‘Shoriful Islam had a right-hand injury while batting’: Physio Bayjedul

Bangladesh will be without one bowler on the fifth and final day of the Chattogram Test because Shoriful is unavailable. In the 167th over of Bangladesh’s innings, Shoriful appeared to be in pain after catching a short delivery from Rajitha.

Physio Bayjedul Islam attended to him while the game was suspended. Bangladesh declared after Shoriful batted for a few more overs. In Sri Lanka’s second innings, Shoriful didn’t bowl.

Bayjedul, a physiotherapist, commented: “While batting, Shoriful Islam had a right-hand injury. An X-ray was taken after the fourth day of play, and it indicated a fracture at the base of the fifth metacarpal bone. It usually takes three weeks for such injuries to heal, followed by a few weeks of rehabilitation. For four to five weeks, he will be unavailable to play.”

The selectors are expected to declare the squad for the second Test in Dhaka on Thursday, therefore no replacement has been nominated yet. On May 23, the second Test against Sri Lanka starts.