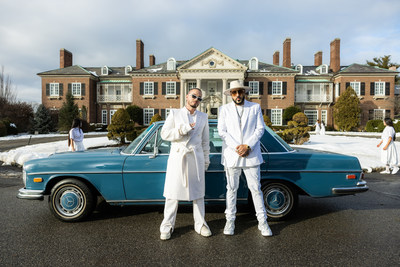 The song “Voodoo” was used for the launch of Apple’s new AirPods Pro at its far-out event, making it an even more special and proud moment for India. In April of this year, the song made headlines when it was released. It gained attention from appearances on New York Times Square, numerous presences across top playlists and short video platforms in various countries, and now setting a new benchmark through its integration with the largest tech event ever.

A cautionary tale of lust and magic, “Voodoo” was showcased at the event with its striking, effects-filled video introducing the latest product, perfectly reflecting the song’s supernatural theme. During its release, the song made multiple looks in the weeks to follow to catch the curiosity of many listeners around the world.

Talking about the integration, Badshah said: “I had absolutely no idea that my song ‘Voodoo’ was going to be played for Apple’s keynote event. When I heard it I thought it was played only for the Indian market so I checked my settings to confirm but then got to know that it’s just 1 event streamed live worldwide. I was so happy and surprised to see my song being integrated for the new AirPods Pro, a big shout out to Apple. Of course, I’m really excited about their products – I-Phone 14 and especially the Apple Watch ultra and AirPods Pro that I use every day. This collaboration of mine on ‘Voodoo’ with J Balvin who’s the biggest Latino superstar is extremely groundbreaking and very important for the Indian music industry and for my career as well. This collaboration just puts all of us onto another pedestal altogether. I’m really happy to see that ‘Voodoo’ has crossed over and has such a long life.”

There is no doubt that Badshah is one of the most iconic stars from India and constantly strives to help place India on the world map with his music. “Voodoo” continues to reaffirm the popstar’s mission, ultimately to take Desi-Pop and Indian non-film music global.

In 2021, Badshah signed an exclusive deal with Universal Music Group. Earlier this year, Badshah released Voodoo & Retropanda – Part 1, which included hit songs like “Jugnu,” “Tabahi,” “Chamkeela Chehra,” and “Hosh,” and we can’t wait to see what he has in store in the months to come.

At Universal Music Group, we exist to shape culture through the power of artistry. UMG is the world leader in music-based entertainment, with a broad array of businesses engaged in recorded music, music publishing, merchandising, and audiovisual content. Featuring the most comprehensive catalog of recordings and songs across every musical genre, UMG identifies and develops artists and produces and distributes the most critically acclaimed and commercially successful music in the world. Committed to artistry, innovation and entrepreneurship, UMG fosters the development of services, platforms and business models in order to broaden artistic and commercial opportunities for our artists and create new experiences for fans.